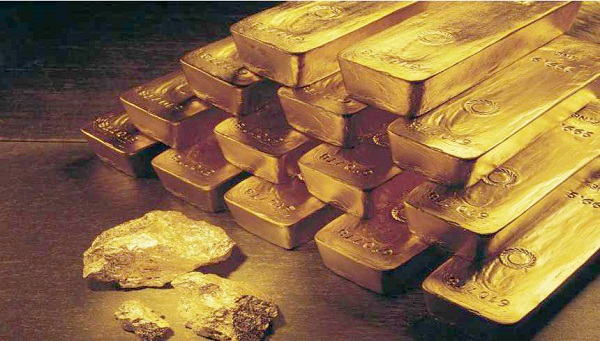 AFTER three years as number one, Ghana has lost its position as the leading Gold producer in Africa.

This is after production of the precious mineral dropped by almost 30 per cent in 2021.

This is the lowest output since 2008 and comes at a time when the country is in dire need of funds to carry out many developmental projects. It is also at a period when revenues from domestic and international sources are not forthcoming, placing the economy in a dire situation.

He said a combination of concurrent reductions in the output of both large and small-scale gold producers led to a 29.92 per cent fall in the production of the country’s dominant mineral, gold.

Mr Mortoti said the decline in the subsector’s output was primarily due to a decline in the output of most mines, with the output of Asanko Gold Mines, AngloGold Ashanti’s Obuasi deposit, and Iduapriem Mines, as well as Adamus Resources Ltd, contracting by more than 10 per cent, relative to their respective production outturns in 2020.

He said the near collapse in the sub-sector’s output was principally a reflection of the producers’ response to the imposition of a three per cent withholding tax on their output by the government in 2019.

“Although anecdotal evidence suggests that the impost did not culminate in the cessation of operations, it is believed that it induced the small-scale miners and Licensed Gold Export Companies (LGECs) to export their output through non-official channels.

“Since the informality of the sub-sector has made it burdensome to collate data on actual production, exports through the national assayer, Precious Minerals and Marketing Company (PMMC), are used as a surrogate for the sub-sector’s contribution to national gold production,” he stated.

For his part, the outgoing President of the Chamber, Eric Asubonteng, said the chamber’s strategic posture over the last few years had been one that truly positions it as a partner to government in their common vision of ensuring the sustainable growth of a mining industry that benefits all stakeholders.

To this end, he said, the chamber has formed a joint working group with the Ministry for Lands and Natural Resources to constructively and proactively dialogue on government initiatives and other intended changes, as well as find solutions to the challenges facing the industry.

“This general collaborative approach to working with the government, as a key stakeholder, has allowed us to make some progress in some areas,” he stated.

In relation to in-country refining of gold, he said the Chamber had representation on the broad-base committee set up by the government to pursue this objective.

“It helps ensure that the refineries established in Ghana meet internationally recognised standards and have the right certifications, befitting the status of Ghana as one of the leading gold producers in Africa.

“It provides a good and constructive forum for the Chamber to continue to support this initiative, while ensuring that any risk is adequately addressed in the process, and there are no unintended negative consequences,” he said.

Mr Asubonteng said the Chamber has developed a framework together with the Ministry of Finance for the road construction initiative in mining communities.

He said the framework allows member companies to finance the construction of roads in mining communities.

“We have since shared a Memorandum of Understanding (MoU) with the Ministry and are awaiting feedback to enable us bring this worthy initiative to fruition,” he stated.