‘GCB rebranding is to make it effective and human centred’ 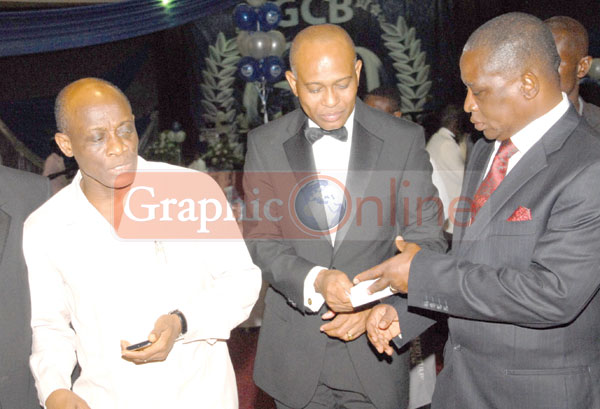 The management of the Ghana Commercial Bank (GCB) Limited plans to to rebrand the bank as a modern progressive and people-centred finance house.

“The main focus is to have a brand that is easily recognisable and to enhance our culture of service, ” Mr Simon Dornoo,  Managing Director of GCB, said at an awards night last Saturday in Accra.

According to him, the rebranding was also aimed at delivering a new customer service culture that would enable the bank to achieve its true brand distinctiveness and to bring customers to the fore.

The bank started in 1953, as the Bank of the Gold Coast to provide banking services for the emerging nation for socio-economic development. It was to provide special attention for Ghanaian traders, businesses and farmers who could not receive support from the expatriate banks.

Since then, it has been at the forefront of banking in the country.

In 1957, when Ghana attained independence, the Bank of Ghana was established as the central bank while the Bank of the Gold Coast was renamed Ghana Commercial Bank to focus solely on commercial banking services.

Today, the GCB has the widest coverage in Ghana with 158 branches and 15 agencies scattered across the country. That achievement puts a lot of pressure on the bank to stay on top.

Being among the league of top banks in the country, Mr Dornoo said: “To stay among the top banks, therefore, requires continued investment in our people, technology, distribution network and leadership development at all levels.”

The letters ‘GCB, ‘expected in the bank’s new name, he said, were not the acronym for Ghana Commercial Bank but had been maintained in order to preserve its strong historical value while at the same time achieving greater impact and clarity of the new logo yet to be launched.

“GCB’s achievements over the years, its rejuvenation and re-direction make the celebration of the bank’s diamond jubilee worth celebrating,” Mr Dornoo stated.

He enumerated some of the initiatives the bank had taken to ensure consistent performance in its service as an expansion of the ATM network and introduction of Internet banking.


“So many lives have been changed by these small loans averaging GH¢4,000 which our customers can now access in less than 24-hours in the communities where the bank is present.  We have disbursed over GH¢300 million of these loans in just 20 months,” he said.


“GCB profit before tax achievement stands out when compared to the performance of other banks on the continent but we still have a long way to go to bring efficiency and productivity to levels achieved by some of our main competitors”.

The Minister of Finance, Mr Seth Tekper, commended the bank for using its corporate social responsibility to support the needy and the less privileged in the country.

He appealed to the management of the bank to show much concern and support to small and medium scale enterprises (SMEs) thus, contributing to the growth of small scale businesses and the wealth of the nation at large.

For his part, the Board Chairman of GCB, Dr Fritz Gockel, said the bank's strategy to re-brand was to break itself from its solely 'commercial' confines and exercise other functions required of a universal bank while it attracted international appeal.

According to Dr Gockel, GCB would be launching a new retail setting designed this year to grow consumer banking to help place the bank among top performers in the industry.
GCB started with 27 employees as the Bank of the Gold Coast.