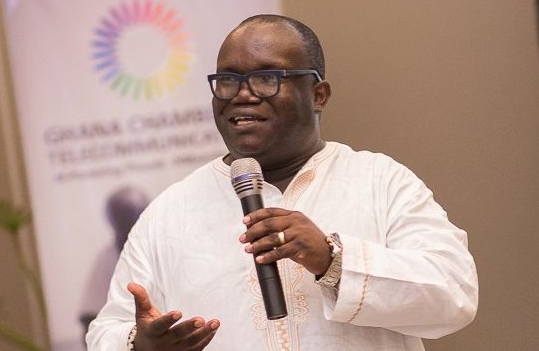 The Chief Executive Officer of the Ghana Chamber of Telecommunications, Kenneth Ashigbey has expressed concerns that the government’s proposed 1.75 per cent levy on mobile money and other electronic transactions that exceed GH¢100 per a day could affect the country’s drive to promote cashless transactions.

He said many people who would not want to pay the newly proposed levy on mobile money or other forms of electronic transactions would resort to cash payment and that could affect the merchant payment systems.

Mr Ashigbey who was speaking in a radio interview with Accra-based Citi FM on Thursday )November 18, 2021) said there was no engagement with industry players prior to the announcement in the 2022 Budget.

The Minister of Finance, Ken Ofori-Atta, on Wednesday proposed an E-Levy (Electronic Transaction Levy ) on mobile money and other electronic transactions as part of efforts by the government to raise revenue to prosecute its development agenda.

He said when effective, the levy will not affect people whose monthly transactions totaled less than GH¢3,000.

He said the levy will be called Electronic Transaction Levy or E-Levy and a portion of the proceeds will be used to support entrepreneurship, youth employment, cyber security, digital and road infrastructure, among others.