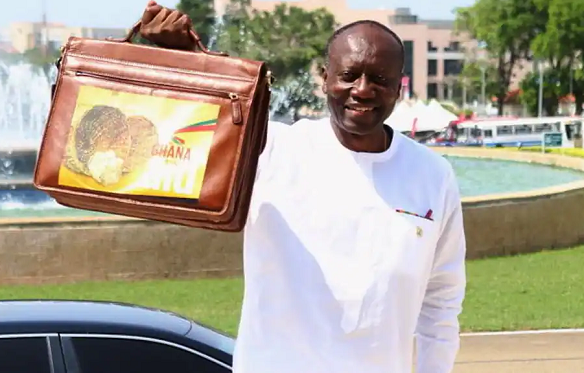 The government has projected to save GH¢3.3 billion from interest payments this year under a debt management programme that replaces expensive short-term debts with low cost long-dated instruments.

The projected savings is almost one per cent of gross domestic product (GDP) and comes at a time when interest cost is seen sapping more than 90 per cent of total tax revenue – the highest in recent times.

The mid-year review budget (MYBR) presented on July 29 showed that the savings would be redeployed to compensation for public sector employees and goods and services, among others.

The Minister of Finance, Mr Ken Ofori-Atta, told Parliament that the government had already saved about GH¢2.9 billion in interest payments in the first half of the year as a result of the reduction in the cost of borrowing.

“Interest payments were below the target for the period by 16.2 per cent, amounting to GH¢15,025 million, compared with the target of GH¢17,928 million. The expenditure savings is on account of the implementation of the domestic liability management strategy, consistent with a favourable monetary policy stance, which has seen reduction the in cost of borrowing along the yield curve,” Mr Ofori-Atta said when he presented the review.

A capital market analyst, who asked not to be named, said the development reflected prudence in debt management on the part of the government

“It is prudent for government to buy off high coupon or interest-bearing bonds already in issue from investors and take advantage of the low interest rate regime to borrow,” the source said in response to a Graphic Business enquiry.

“Liability management is key and that is what they will do or are doing in the market. Once the focus is on how to reduce cost of borrowing, they are on course and doing the right things.

“I believe ‘why they should even borrow’ is for another discussion,” the analyst, who has more than nine years’ experience, added.

While commending the government for the action, an economist and a researcher, Dr Said Boakye, said in a separate interview that the development was only a short term relief.

He said it risked compounding the interest payment challenge in the long term, given that the strategy only extended the tenor of the debt.

“The problem with it is, you will get relief in the short term but end up with the challenge, perhaps a bigger one, in the long term,” Dr Boakye, who is the Head of Research at the Institute for Fiscal Studies (IFS), added.

In the long run, he said the country needed to be aggressive and innovative in revenue collection to help reduce the pressure on debt accumulation and its implications on the economy.