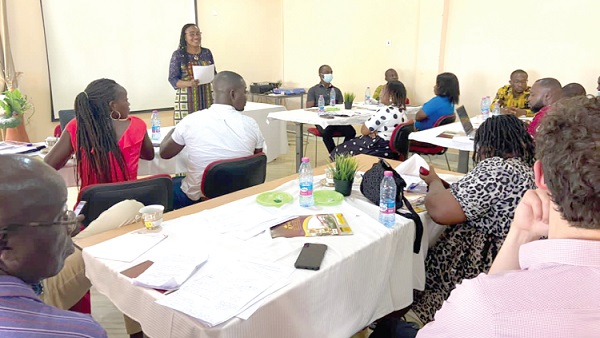 Two civil society organisations (CSOs) have called for broader consultations on the development of an energy transition (ET) policy for Ghana.

The groups, the Africa Centre for Energy Policy (ACEP) and the Natural Resource Governance (NRGI), said the consultations on any such policy should be broad enough to accommodate positions from all stakeholders such as think tanks, media, research organisations and CSOs.

The ET involves a switch from an economic system dependent on one or a series of energy sources and technologies to another.

During a workshop at Tutu in the Eastern Region, the Executive Director of ACEP, Benjamin Boakye, said there was the need for a comprehensive outlook on an ET policy.

“We are hoping that through the National Energy Transition Committee (NETC), whose aim is to develop a national ET policy, we will have a robust plan and not only wake up one day to realise that nobody wants the oil and gas that we produce and we may need to import new forms of technology to supply energy to Ghanaians,” he said on April 28, 2022.

According to Mr Boakye, looking at ET in totality, it was important for Ghana to monitor the ET conversation, the evaluation and the evolution of technology to produce cleaner energy.

“People are making money by producing solar panels and batteries as sources of energy. So, what is the conversation about Ghana participating in the economic space?” he quizzed.

The two-day skill-building workshop was organised by ACEP and NRGI for CSOs and the media on ET.

Consequently, for an oil producer like Ghana, this will have dire implications for the extractive sector and revenues accrued from the sector.

The West Africa Regional Manager in Charge of Nigeria and Ghana at NRGI, Nafi Chinery, said the training was to create an opportunity for the participants to understand the ET and its implications for the country’s petroleum sector and how to respond to it.

She noted that the ET challenge could not be solved by one type of solution.

“A multi-stakeholder approach is needed. An effective ET should be timely, inclusive, sustainable, affordable and secure,” she said.

The Africa Programme Officer at the (NRGI), Denis Gyeyir, said there were risks and uncertainties associated with ET with implications for oil and gas producing countries.

“Government finances would be affected, borrowing might continue to increase and fiscal challenges were imminent.

Ghana could position itself to take advantage of the opportunities under ET by diversifying in response to the revenue risk, while maximising current production such as investing in low carbon electricity, hydrogen, renewable energy, among others,” he said.