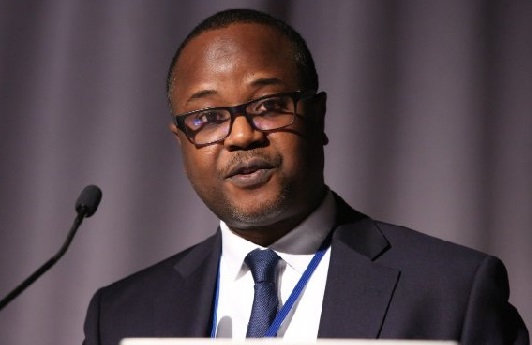 The First Deputy Governor of the Bank of Ghana, Dr Maxwell Opoku-Afari, has charged journalists to use their platforms to influence and shape the country’s economic policy in order to enhance public confidence.

That, he said, would help improve the business environment to attract private capital and boost investor confidence.

Dr Opoku-Afari gave the advice at a two-day financial literacy training programme organised by the Journalists For Business Advocacy and sponsored by Ecobank Ghana in Accra. It was on the theme: “Accurate reportage, key to financial stability”.

The media, Dr Opoku-Afari said, in influencing society, ought to go beyond the data provided them and interrogate further on the data that could provoke economic confidence.

He said whereas 2022 started with a global recovery process from the effects of the COVID-19 pandemic supported by improved vaccinations and opened-up economies, despite persisting supply chain constraints, the gains had been short-lived due to major upheavals in Eastern Europe.

The economy, however, rebounded strongly from the pandemic, as evidenced by the national accounts data recently released by the Ghana Statistical Service (GSS).

The overall real Gross Domestic Product (GDP) growth, he said was 5.4 per cent in 2021, higher than the targeted 4.4 per cent, with non-oil GDP growth standing at 6.3 per cent.

But the ongoing conflict between Russia and Ukraine, he stressed, had triggered a downgrade of global growth forecasts by the International Monetary Fund (IMF), and resulted in heightening inflationary pressures due to rising food and energy prices.

“This has necessitated the rollback of COVID-19 era programmes and monetary policy tightening across various countries and these developments have far-reaching implications for the domestic economy,” he said.

Thus, he noted that the media’s role in influencing the economic narrative remained even more crucial during these periods of heightened uncertainty, since they had additional responsibilities to decide the timing of release and newsworthiness of the information at hand.

He said what was currently needed was for the country to diversify its exports and build import substitution industries to leverage the African Continental Free Trade Area (AfCTA) that would provide an opportunity to increase trade and regional integration.

That, he pointed out would help improve the trade balance and possibly reduce the need for external financing.

Journalists from state-owned media organisations, as well as private operators and online platforms participated in the two-day programme which also sensitised reporters to highly technical areas such as monetary policy, exchange rate and financial inclusion among others.

The Managing Director of Ecobank Ghana, Mr Daniel Sackey, in his remarks also urged journalists to do more to influence decisions by ensuring stories published were backed by facts and data.

“As financial journalists, it will be important to have the needed capacity backed by facts and data to influence policy decisions, especially on the Electronic Transaction Levy (E-Levy) and on financial inclusion,” he said

He also challenged the group to bring some structure into online reporting by ensuring practitioners in the space conformed to ethics.

Mr Sackey also advised the group to expand its reach and focus on the informal sector which he said formed a chunk of the country's economy.

“Your attention to the area will help in other ways to provide an effective sensitisation of the informal sector on financial inclusion, and Ecobank as a people-driven bank will willingly collaborate with you to drive sensitisation within that sector,” Mr Sackey assured.

The President of the JBA, Mr Suleiman Mustapha, in his welcome address indicated that shortcomings on the part of journalists in the area of financial reporting had often led to bias and distorted interpretation of facts.

That, Mr Mustapha said, could cause disaffection toward public policy and cause both private and public enterprises to lose large amount of money.

“A peculiar problem among journalists in Ghana is our tendency to merely give opinions rather than interpret facts in features, thus effectively making them simply opinion pieces devoid of biases,” he said