Businesses advised against decisions based on speculation 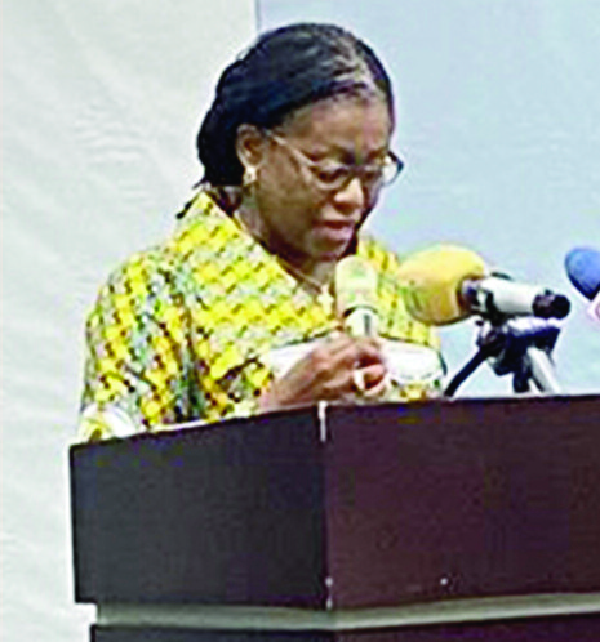 THE Bank of Ghana (BoG) has advised businesses and individuals not to engage in speculative decision-making in the midst of the challenging economic conditions.

The Second Deputy Governor of BoG, Elsie Awadzi Addo, explained that such actions were not sustainable but hurtful to individuals and the economy.

She was addressing the 21st edition of the annual national chief executive officers (CEOs) conference of rural and community banks (RCBs) on the theme: ‘Positioning rural banking at the centre of financial services delivery in Ghana — the role of stakeholders.

Mrs Addo said the speculations also worked against the economic stability that the central bank and the government were working at restoring.

“The current high inflation and cedi depreciation are temporary, and we must avoid speculative behaviour that only works against attaining stability sooner,” Mrs Addo said.

She explained that the heightened depreciation of the cedi and the rising inflation were near-term challenges that would soon pass.


According to her, the events were the result of the ongoing turmoil in the global economy that had led to inflation peaking, growth slowing down and investments shifting from developing economies into advanced economies as the uncertainty lingers.

“Our domestic economy is not spared from these developments.”

“The BoG is working closely with the Ministry of Finance and other key stakeholders to negotiate a sound economic reform programme, supported by the International Monetary Fund (IMF), to stabilise and transform our economy,” the Second Deputy Governor said.

“We at BoG are confident about the outlook for our economy,” she assured.

She described the rural banking subsector as an integral part of the financial intermediation process with specialisation in community and local stakeholder banking.

Mrs Addo said the local ownership and governance of RCBs also provided strong local support and goodwill for these businesses to thrive and contribute to the development of their localities.

To help sustain the rural banking subsector, she said the institutions needed to adapt to new trends to be able to continue being relevant.

She mentioned technology and digitalisation, good corporate governance and sustainable banking practices as the three critical success factors necessary to sustain the growth and positive contribution of RCBs to the economy.

She said technology was critical to the sustenance of RCBs and urged the institutions to invest in its deployment.

“The RCB sector, therefore, cannot afford to wait much longer before it begins to leverage emerging technologies to modernise their business models to meet the fast-changing needs of their customers and to remain relevant to the segment of the economy that was traditionally served by the sector.”

“RCBs will, therefore, need to augment their capital base as needed in order to deploy more sophisticated systems and structures in line with BoG’s 2018 Cyber and Information Security Directive,” she said.

She said it was unacceptable that several RCBs were yet to fully comply with the central bank’s 2021 Corporate Governance Directive for Rural and Community Banks that seeks to promote higher standards of corporate governance and risk management to help strengthen the safety, soundness, and resilience of RCBs.

The Managing Director of the ARB Apex Bank, Alex Kwasi Awuah, said: “It is unfortunate to say that several attempts made by ARB Apex Bank and the Association of Rural Banks to realise the locked-up funds of RCBs have been unsuccessful. We have engaged the Securities and Exchange Commission (SEC), National Trust Holding Company (NTHC) and other key institutions, but our efforts have not yielded positive results.