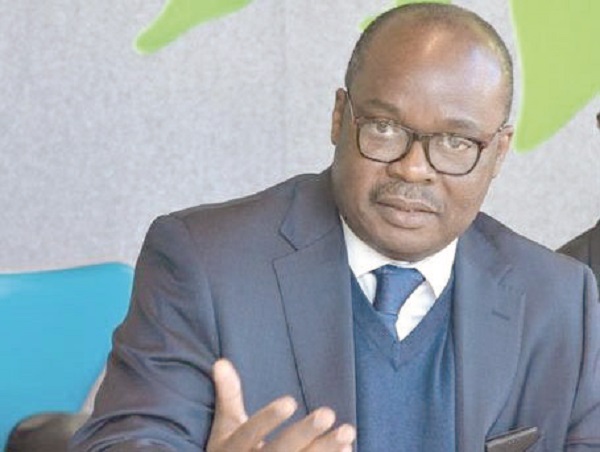 THE Bank of Ghana (BoG) has called for bold policies from the government to improve the business operating environment and attract private capital to bolster the economy.

It said a more efficient business environment through improved rule of law, protection of property rights, transparency and accountability would help to attract both foreign direct investments (FDIs) and portfolio investments, which were critical to the ongoing economic rebound.

The Governor of the Central bank, Dr Ernest Addison, made the call on June 9, when he opened a workshop on financial literacy for journalists in the southern sector in the Eastern Region.

He said economic growth was on a positive trajectory and bold policies would now help entrench as well as quicken the pace.

“In addition, political and macroeconomic stability will contribute immensely to regaining investor confidence,” he noted.

On the theme: ‘Sustaining the recovery: the role of the journalist in building confidence,’ the two-day programme aimed at enhancing the capacity of journalists to further appreciate the workings of the Monetary Policy Committee (MPC) of the central bank.

BoG also used the opportunity to enlighten participants on the eCedi, which is a digital version of the country’s currency.

In the speech delivered on his behalf by the Director of Research at BoG, Dr Philip Abradu-Otto, Dr Addison said the prospects for growth were bright although the current inflationary pressures remained a blot.

He said data from the Ghana Statistical Service showed that the economy rebounded strongly from the impact of the Covid-19 pandemic, stemming largely from all the policy measures that were put in place to forestall a recession.

“This is evidenced by the strong real gross domestic product (GDP) growth outturn of 5.4 per cent reported for 2021, compared with 0.5 per cent in 2020.

“The strong pick-up in economic activity was largely driven by the services and agricultural sectors,” he said.

He disclosed that recent high frequency data from BoG also showed that the observed strong growth momentum would possibly continue in the first quarter of 2022.

He cited the strong growth in the bank’s Composite Index of Economic Activity (CIEA) in March 2022, compared to January and February, a pick up in exports are a rebound in credit to the private sector and an uptick in industrial production as evidence that the economy was on a strong rebound.

“The improvement in domestic value added tax (VAT) suggests demand is picking up, and higher tourists arrivals were also recorded,” he said.

He said consumer confidence plummeted on account of increases in fuel prices and transportation costs, as well as rising inflation.

Beyond inflation, the governor mentioned the tightening external financing conditions, lingering supply chain bottlenecks and further headwinds from a protracted Russia-Ukraine war as challenges that could hamper growth hence the need for bold policies to limit the effects.

Dr Addison said in addition to improved rule of law, the protection of property rights and accountability, political and macroeconomic stability would “contribute immensely to regaining investor confidence.

He said the government also needed to keep to its expenditure-control plan as well fast track the implementation of new revenue mobilisation measures that would support the fiscal consolidation path and help lift financing constraints.

He said there was also the need to pursue exports diversification and building imports substitution industries to leverage the African Continental Free Trade Area (AfCFTA) that provided a tremendous opportunity to increase intra-regional trade and regional integration.

“This will help improve the trade balance and possibly the current account and reduce the need for external financing,” Dr Addison said.

He also called for increased efforts to leverage technology to improve remittance flows, digitalisation and mobile money applications, which, he said, offered a great opportunity in improving the financial landscape. He said the payment system had been identified as one of the many crucial preconditions that would have to be put in place to foster the building of a strong business-friendly environment to boost investor confidence.