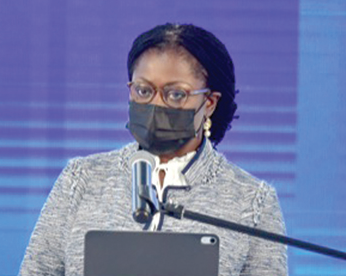 The Second Deputy Governor of the Bank of Ghana (BoG), Mrs Elsie Addo Awadzi, has reaffirmed the bank’s commitment to initiating and promoting policies that will ensure inclusive growth for all citizens and actors in the economy.

Mrs Awadzi said the bank was particularly interested in ensuring that women and youth were equally empowered and motivated to contribute their quota to economic development.

In that regard, she said the central bank would ensure that the regulatory environment allowed all economic actors, particularly women and youth entrepreneurs, to innovate and access appropriate forms of finance at cost-effective rates to help launch, grow and sustain their businesses.

Mrs Awadzi was speaking at the graduation ceremony for the first cohort of the Standard Chartered Bank’s Women in Technology (WIT) Business Incubator Programme, which was done in partnership with the Ghana Climate Innovation Centre of the Ashesi University.

The WIT Business Incubator programme set out to provide business incubation and financial support for women-led or women-owned businesses that desired to launch new technologies or grow their businesses with technology, while making a significant impact in their communities.

Mrs Awadzi said while data showed that Ghana’s private sector was dominated by women entrepreneurs, second only to Uganda, it suggested that women-owned businesses tended to remain smaller and less profitable than those of men.

She said that was as a result of the lack of access to business support services and finance.

“Indeed, female entrepreneurs in Ghana are eight per cent less likely than men to get access to the kind of capital and other financial services and products that they need to start or scale up their businesses, according to the World Bank’s 2017 Global Findex Survey. What is more, the participation of female entrepreneurs in Ghana’s fast-growing technology sector remains marginal although there is great potential for women to play a key role in this space,” the Second Deputy Governor said.

The Chief Executive Officer of Standard Chartered Bank Ghana, Mrs Mansa Nettey, said the programme reaffirmed the bank’s commitment to empowering women and driving diversity and inclusion by bridging the gender gap and the digital divide in the country.

She stated that although the global health and economic crisis hit hard at businesses, female-owned businesses were hit the hardest, with lots of women entrepreneurs closing down entirely.

She said that was part of the reason why the bank decided to partner Ashesi University to roll out the programme.