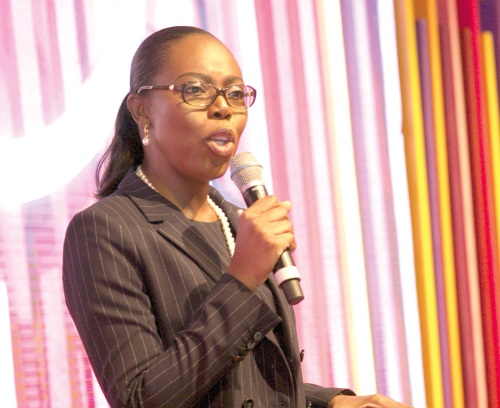 Barclays Bank Ghana on Monday officially traded off its identity from the country’s financial services industry when it transitioned to become Absa Bank Ghana Ltd, a member of the Absa Group Limited.

The bank, which took over the 100-year-old African operations of Barclays Plc of the United Kingdom in July 2017, is expected to continue to connect the ambitions of its clients, the business community and Ghanaians with financial lending, services and opportunities through innovation.

At a ceremony in Accra yesterday to unveil the new-look Barclays as Absa Bank Ghana Ltd, the Vice-President, Dr Mahamudu Bawumia, said Absa Bank would be operating in a much-improved economy, since Ghana now had a major transformation and modernisation agenda on the ground.

He said the mess which was inherited by the government in the country’s financial sector had been cleaned up and the sector at the moment was very liquid and sound, thereby positioning the banking sector to drive the growth and transformation of the economy.

“Ghana has been among the fastest growing economies in the world in the last three years in a row.

The macroeconomy has stabilised, inflation is at its lowest since 1992, thanks to the excellent work being done by the Bank of Ghana (BoG), under the leadership of Dr Ernest Addison,” he said, adding that it was not surprising that the BoG was recently adjudged the Central Bank of the Year globally.

Those achievements notwithstanding, he said, the society continued to be largely informal and access to public services had become difficult.

Indeed, he said, lending rates were often high, partly because of the high information problems in establishing identity and verifying income, ownership and property, saying those had to change if the country would become a middle-income country.

Vice-President Bawumia commended Barclays Bank, now Absa Bank, for the significant contribution to the economic growth and development of the country and said the bank continued to play a leading role in developing and expanding the financial and banking sector by providing solutions to complex financial deals by successive governments and corporate entities.

“Since 1957, Barclays Bank has been in the Gold Coast, with the unmistakable corporate logo. From the Gold Coast to Ghana, you were here for over 103 years and you set such a high bar for banking,” he added.

“Indeed, you were at the forefront of the 2017 bold historic $2.25 billion bond which we raised to help support key development projects for Ghana. The deal, the largest in sub-Saharan Africa, was instrumental in the government’s liability management strategy and marks a strong indication of the investor community’s renewed confidence in the economy of Ghana,” he stated.

The process for the transition started in 2016 when Barclays Plc announced its intention to reduce its majority shareholding in its Africa business.

Gradually, it sold part of its shares to hundreds of established investors through the Johannesburg Stock Exchange to become a non-controlling shareholder with a 14.9 per cent stake and that paved the way for the renaming and rebranding of the bank.

The Governor of the BoG said Absa Bank was one of the first banks to meet the new minimum capital requirement and that the BoG looked forward to a more cordial working relationship.

He described the bank as a cornerstone of the banking industry, especially when its history was intertwined with the history of the country.

Dr Addison commended Absa for living its dream in the Ghanaian banking sector through innovative products such as vertical debit and credit cards and said those achievements were remarkable.

The Group Chief Executive of Absa Bank, Mr Daniel Mminele, said the South Africa-based bank could now operate under a single name in all its markets and that it was clear about its commitment to the growth and development of the African continent.

“Backed by our asset base of more than $90 million, Absa seeks to contribute to Ghana and Africa’s economic transformation,” he indicated, and said the bank’s commitments included investing in initiatives that supported financial inclusion for African citizens and supporting African exporters through trade finance.

He said its strategic initiatives would continue to contribute to unlock Ghana’s potential by supporting and investing in crucial developmental sectors in the economy.

The bank would also continue to be guided by robust governance structures and procedures in all its endeavours to ensure the safety and soundness of its business and the financial system of the country, Mr Mminele said.