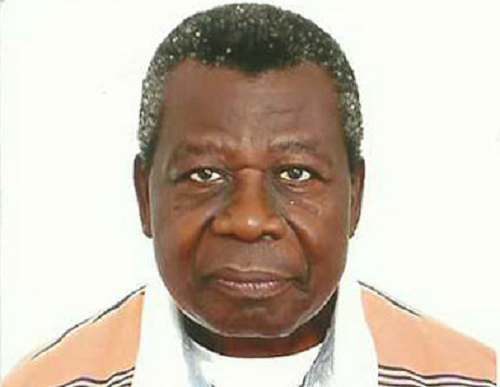 A former Deputy Governor of the Bank of Ghana (BoG), Mr Emmanuel Asiedu-Mante, has lauded efforts by the government to establish a national development bank but says its success will depend on the source and nature of deposits used to fund it.

He said while the establishment of a development bank was not a difficult thing to do, its success was not a foregone conclusion, given the impact of deposits on the bank’s operations.

He told the GRAPHIC BUSINESS on November 23 that should the deposits be short-term, the bank would have no option than to engage in short-term lending, which has been the bane of the country’s desire to industrialise through increased manufacturing and agro-processing.

However, if the bank is funded by long-term capital such as pension and insurance funds, he said its objective of supporting long-term projects would be realised, much to the benefit of the economy.

He was speaking to the paper on how the incoming national development bank could avoid the trappings of similar ones, including the defunct Bank for Housing and Construction (BHC), which collapsed in the 2000s on the back of debilitating debts, and the National Investment Bank (NIB) and the Agricultural Development Bank (ADB), which have veered into commercial lending to the detriment of development financing.

“A development bank by definition means long-term financing. Now, if the bank does not have access to long-term capital, it is going to operate like any other commercial bank because with that it will be taking short-term deposits and lending short term,” he said.

Any attempt to lend long term with the short-term deposits will create liquidity mismatches, leading to a possible collapse.

On how the bank could avoid the trappings of short-term deposits, Mr Asiedu-Mante said the nature of Ghana’s financial markets made it a challenge to fully realise that.

Given that the insurance market was yet to be properly developed, he said it was almost impossible to use life insurance funds to fund the bank as was the case in most jurisdictions.

“The only source that has long-term funding for now is SSNIT and that alone is not enough because there must be other long-term sources from which a development bank can tap into,” he said.

He, however, admitted that the strong growth in the tier two and three pension funds presented a good source of patient and long-term funding to the development to help achieve its agenda.

News of plans to establish a national development bank was first made public by the Finance Minister, Mr Ken Ofori-Atta, on November 15.

While presenting the 2018 budget and economic policy statement to Parliament, Mr Ofori-Atta said the new bank would be capitalised to US$500 million to help finance agricultural and industrial transformation.

“Plans to establish the bank is part of a grand strategy to help achieve an efficient financial sector with innovative and long- term financing instruments to support economic development,” he said.

Although he did not state how the government intended to establish the bank, he later hinted at the PwC post budget forum on November 22 that the government could merge the NIB and ADB to form the development bank.

Mr Asiedu-Mante, who retired from BoG in 2006, however, explained that merging NIB and ADB would not guarantee the success of the bank.

“You can merge them today into a development bank but if you do not give them long-term funding, they will be doing the same thing that they were doing when they were separate,” he said.

The successful establishment of a development bank is expected to give a reprieve to businesses into the agriculture and agro-processing, manufacturing and real estate and construction.