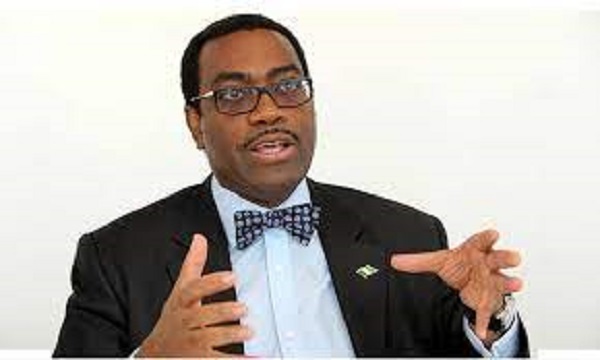 “THE ongoing energy transition process to ensure cleaner sources of energy must not short-change Africa’s growth and development”, President of the African Development Bank (AfDB), Dr Akinwumi Adesina has said.

He said although there was the need to move to cleaner sources of energy, Africa could not rely only on renewables for stable energy to power industrialisation.

He said natural gas must therefore be part of Africa’s energy transition mix.

Dr Adesina said this at the opening of AfDB’s 57th Annual Meeting which is being held in Accra between May 23 and 27.

He said as per the Paris Agreement, African countries were committed to reducing their carbon emissions through energy transitions.

He noted that Africa had abundant renewable energy resources, including solar, hydro, wind and geothermal resources.

He said the continent could, however, not rely only on renewables, due to their intermittency.

“Africa needs to combine renewables with natural gas to ensure stability and security of energy, and to improve access and affordability, as well as energy security,” he stated.

He said natural gas must, therefore, be part of Africa’s ‘Just Energy’ transition systems, saying: “It should be noted that even if Africa triples the use of gas for gas-to-power, it will contribute less than 0.67 per cent to global carbon emissions”.

“So, Just Energy Transition must not short-change Africa’s growth and development, especially stable energy, to power its industrialisation,” he stated.

Commenting on the theme for this year’s annual meeting; ‘Achieving Climate Resilience and a Just Energy Transition’, Dr Adesina said climate change was an ever-present existential threat to Africa.

He said climate change was killing African economies, noting that annually, the continent loses between US$7 and 15 billion due to climate change, with this figure expected to rise to US$50 billion a year by 2040.

He said while the continent accounted for just four per cent of the global greenhouse gas emissions, it was short-changed by climate finance.

He noted that Africa’s financing needs to address climate change ranges between US$1.3 trillion to US$1.6 trillion between 2020 and 2030.

“However, Africa is not getting enough resources to tackle climate change. Africa gets only three per cent of total global climate finance. Climate financing mobilised globally falls short of Africa’s needs by $100-$127 billion per year between 2020 and 2030,” he said.

He said the AfDB’s estimates showed that to achieve the goals of the Paris Agreement, with all the nationally determined contributions of Africa, it will require US$3.5 trillion in energy investments every year between 2016 and 2050.

“The challenge we face is how to mobilise more resources for climate change in Africa. Developed countries must fulfil their promise to provide US$100 billion per year