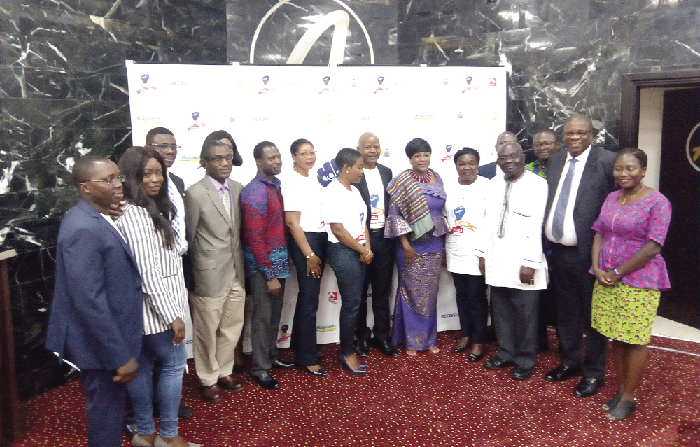 Hon. Otiko Afisah Djaba (arrowed) with the MD of Access Bank Ghana and some menbers and staff of the Mercy Women's Hospital in a photo after the event
30.5k Shares

this initiative, the bank has contributed US$70,000, the equivalent of GH¢329,000, to support 100 patients to undergo surgical procedures to repair the condition.

The amount is the initial commitment of the bank to partner with Mercy Women’s Catholic Hospital, Mankessim, to treat the condition in a bid to fight fistula, as well as eradicating its associated in the sub-region.

Speaking at the launch, the Managing Director (MD) of the bank, Mr Ifeanyi Njoku, said the initiative was a key development focus of the bank as they set themselves to empower women, since they formed a larger majority of the country’s populace who were most likely affected by a wide range of developmental challenges.

He added that the campaign was relevant at this time when the Health Ministry had estimated that over 1,300 new cases of women with obstetric fistula were recorded annually.

“As a leading bank in Africa, we would like to be a relevant stakeholder, an active partner contributor in the fight against obstetric fistula to eradicate the condition not just in Ghana but in Africa,” he said

Njoku noted that despite efforts by the United Nations Population Fund (UNFPA) campaign to end the condition, the country was still overwhelmed as the number of cases had not been reducing.

He, therefore, called on Ghanaians to embrace the campaign by intensifying public education, especially on women suffering from obstetric fistula since it was no fault of theirs.

That, he said, would save women the pain they went through, both physical and psychological, when they had the condition.

“The alarming state of the obstetric Fistula disease in the country requires the support of well-meaning Ghanaians and institutions in creating awareness to control the prevalence of the disease, as we intensify actions towards ending it,” he stated.

An Obstetrician at Mercy Women’s Catholic Hospital, Osei Berko, said obstetric fistula was a medical condition where an opening developed between one canal and another causing an uncontrolled flow of and urine from the genitals of affected women.

“The opening between the vagina, rectum bladder as a result of prolonged or obstructed makes affected women to leak urine or or both through the birth canal which in the end often results in neglect and isolation of patients,” he said.

According to the medical expert, other potential direct causes of the development of the condition were sexual abuse and rape, other surgical trauma, cancers or other related radiotherapy treatment and limited or no access to obstetrical care or emergency services.

Early marriage, domestic violence, female genital mutilation and malnutrition, which is linked to under-development of the female body, and lack of education, he added, also put women at great risk for developing fistula.

The Minister for Gender, Children and Social Protection, Otiko Afisah Djaba, said the ministry has identified the plight of fistula patients and was being supported with funds by the ECOWAS Gender Development Centre (EGDC).

She said the funds were aimed at supporting women and young girls suffering from obstetric fistula to get the condition repaired and reintegrated into society.