Is tech the future for Ghana’s young people? 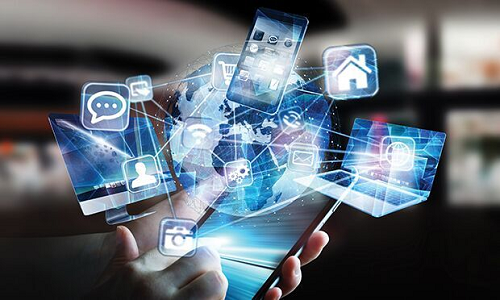 Technology has transformed so many aspects of modern life. To some observers, the benefits of this have largely been felt in the western world. Leading tech hubs such as Silicon Valley, for example, are all concentrated in major western cities – and while there are smaller hubs emerging in the global south, these are far from equal in stature.

But there is also a strong argument to be made that technology is having a profound impact in nations like Ghana – especially on the younger generation. It’s no surprise to see people such as Patricia Obo-Nai, who heads up Vodafone in Ghana, recently encouraging young people to shake off their fears of tech. “Now more than ever,” she said, “employers require employees to be familiar with the ever-growing number of technologies they implement.” But what exactly can technology offer Ghana’s young people – and is it the silver bullet that some are now claiming it will be?

As Obo-Nai pointed out at a recent online International Youth Empowerment Summit (or IYES for short), there are many areas of technology that have the potential to transform economic growth plans for years to come. From technical areas like artificial intelligence to other tech-related disciplines such as product management, there is a real sense that Ghana may be left behind if its workforce fails to keep up with the pace of change.

For young Ghanaians, this is an opportunity as well as a challenge. With rising rates of education in the country, there is a clear opportunity for Ghanaian teachers and school systems to concentrate on skills in the STEM areas – science, technology, engineering and maths. But Obo-Nai also focused on a demographic aspect of the problem. In Ghana, recent evidence has shown that the chunk of the population filled by young people is getting bigger – and that many of these young people are women.

Some employers and private citizens, she claims, think that the STEM subjects are just for men – and that this needs to change in order to ensure that more and more tech-focused young people have the skills to participate in an increasingly digitalised economy.

While the creation of a strong economy and a strong civil society is of course of paramount importance to any nation, it’s also the case that technology offers opportunities for rest and relaxation among young people. In fact, there’s evidence to suggest that technology’s impact on the leisure time of young Ghanaians shouldn’t be considered in isolation from economic growth. The two can in fact work together, especially if demand for tech-based leisure activities – such as gaming – continues to be popular among young people.

A classic example is video gaming, which is very popular with young Ghanaians. The video game industry has enjoyed tremendous growth in Ghana. In 2018, it was worth an estimated $18 million, and by 2023 it is expected to reach $33 million. So video gaming is not only something that gives young Ghanaians the chance to relax, but it also has clear benefits for the economy. Whether it is playing sports games like FIFA or enjoying popular titles like Minecraft or GTA, video games give young people all across the country the chance to chill out in their spare time and learn more about tech.

Online gambling in Ghana is another niche that continues to grow in popularity, with several firms now involved in the operation of the industry. One study estimated that the gambling industry in the country is worth £5 billion British pounds per annum. Perhaps for the first time, young Ghanaians can see their preferred leisure activities not just as sources of fun but also as work opportunities – and that’s all thanks to tech.

There’s no denying that Ghana’s economy lags behind that of some competitors, both on the African continent and further afield. But it’s also true to say that technology offers a lifeline in many ways – especially for young people growing up in an increasingly connected world. For young people in Ghana looking to work, connect and build a life, technology is a prime mover and shaker.

In her recent speech (delivered, of course, using technology). Obo-Nai encouraged young people to pick up cross-cutting skills such as “coding, behavioural psychology, automation tools” and more. What characterises this skill set is that it is broad and open, bringing together many different disciplines – including understandings of human behaviour, of the inner workings of an app or website, the role of hardware and much more.

This stands in contrast to the traditional Ghanaian economy, which remains highly specialised. According to one study, almost a third of Ghana’s population still works in the agriculture industry. Technology, then, has the power to offer the next generation choices – something that those in their communities, such as parents, teachers and others, may not have experienced themselves. If specialisation was the story of the last century, choice through tech is the story of this one – giving young people access to a broad range of skills and experiences.