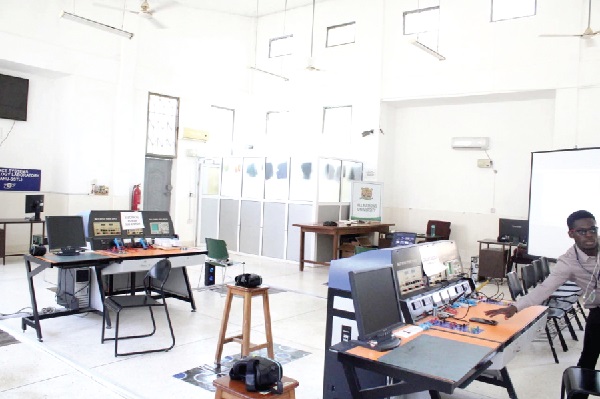 The All Nations University (ANU) Engineering Campus is expected to launch Ghana's second space satellite (Sat-2) by the end of next year, following the launch of Sat-1 in 2017.

A team member of the developers of Ghana's first satellite to be launched in space, Mr Ernest Teye Matey, made this known in an interview with the Daily Graphic during the inauguration of a "Virtual Reality Tour and Learning Centre" at Koforidua-Effiduase in the New Juaben North Municipality of the Eastern Region last Wednesday.

Mr Teye Matey who doubles as the outreach manager of the ANU - Space System Laboratory Technology (ANU-SSLT) indicated that development of Sat-2 had begun together with seven other African countries hoping to develop their first ever satellite.

He explained that the ANU brought together countries such as La Côte d' Ivoire, Togo, Burkina Faso, Senegal, Botswana, Cameroon and Sierra Leone under the project known as the African Constellation Satellite Project (AfConSaP) aimed at creating a sustainable team and building capacity to develop a much more solution-oriented space satellite in the foreseeable future.

He explained that the AfConSap would rely on the experience of the first satellite developed by the ANU to create the Sat-2 which would be a remote sensing satellite for the nation as well as other neighbouring countries.

He added that the "vision is to develop satellites that would solve problems facing the country including flooding, illegal mining", as well as develop mechanism that would improve Ghana's agriculture through researches that would be conducted from information gathered from the operation of the satellites.

The Virtual Reality Tour and Learning Centre under the ANU-SSLT, Mr Teye Matey said, would be considered a national facility which would give students from across the country, especially those in the Science, Technology, Engineering and Mathematics (STEM) fields, the opportunity to have a field experience through the virtual means to enable them to have practical orientation.

Mr Teye Matey appealed to the government to support the satellite project and the Virtual Reality Tour and Learning Centre to help expand accessibility.

He said the facility could host about 70 students a day but could be extended to over 500 students should government join hands with the ANU to expand the facility.

Over 200 pupils from over 10 schools in the Eastern Region were offered the opportunity as part of the inauguration of the facility to have a feel of the virtual practical experiences in the field of medicine, space science, nursing, engineering and flight.

Daniel Mensah, a pupil who toured the facility, expressed excitement at having experienced the space world through virtual means. He said the experience would help him appreciate what he was being taught in social studies about the planet.

Mary Eshun, also a pupil, relished the opportunity of having toured the facility, adding that it would help her dream bigger to pursue a STEM programme.