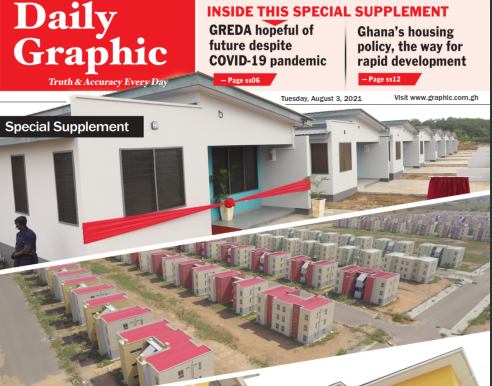 The emphasis on developing the housing industry in Ghana probably commenced in the late 1950s to early 60s as it attained independence from colonial rule.

As part of the l960-65 National Development Plan, provision of housing was central as two main state bodies were formed to address housing needs: the State Housing Corporation (SHC) and the Tema Development Corporation (TDC).

TDC was created with the special purpose of creating residential units in the rapidly growing Tema area as part of a major industrialisation drive that saw the construction of a second sea port to serve Accra, the capital and the eastern part of the country.

Click on this link to read the full supplement.