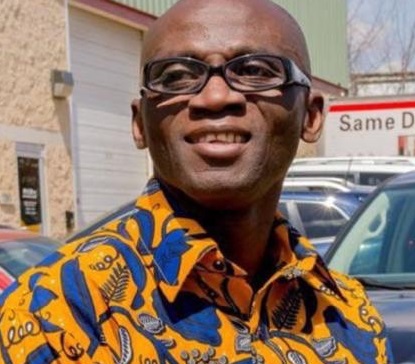 Multiple African Games and Africa Championships medallist Emmanuel Tuffour says he is back in the country to change the face of athletics after a long sojourn in Europe and America.

He is set to launch ‘Project Athletics’, an initiative to recruit young talents to form an academy where their skills will be honed for an annual athletics competition to select the best athletes for the national cause.

“Project Athletics will target talents and some established athletes over the next decade for stiff competition to select the best for Ghana and the continent,” he told the Graphic Sports in an exclusive interview in Accra last Thursday.

Tuffour, 53, won silver in 200m in the 1988, 1991 African Championships in Algeria and Mauritius respectively, before taking silver in the 1995 African Games in Zimbabwe. More than two decades after hanging up his running shoes, he is pledging to use his experience to help make athletics very attractive in the country.

“Athletics is a great avenue to create jobs for the youth, generate revenue for the economy and put Ghana in the limelight,” he told the Graphic Sports.

According to him, his vast experience in Europe and the United States where he understudied a lot of athletics coaches and experienced the sport first-hand makes his task easier.

“The only support I need now is corporate sponsors and the injection of cash by well-meaning investors to realise this great mission. A backing from the government is also paramount,” he told this paper.

Tuffour told the Graphic Sports that he is collaborating with the Ghana Athletics Association, and the Ghana Olympic Committee (GOC) to make this dream a reality.

“I would like to extend my sincere gratitude to the Youth and Sports Minister, Isaac Kwame Asiamah, and GOC President, Ben Nunoo Mensah, who appointed me as the deputy chef de mission at the Africa Games in Rabat last year for reposing confidence in me,” noted Tuffour who represented Ghana at the 1988 (Seoul), 1992 (Barcelona) and 1996 (Atlanta) Olympic Games.