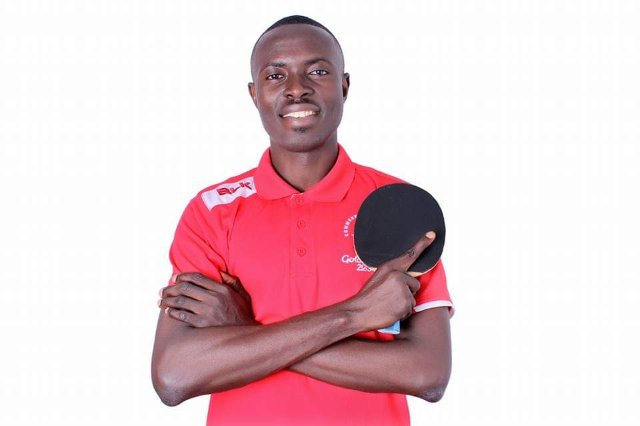 Former national table tennis top seed Derek Abrefa says he has intensified his training regimen ahead of the upcoming second Olympic qualifications to be staged in Doha from March 14 to 17.

The 2015 Africa Games table tennis bronze medallist has pitched camp in Accra with his trainer Ebenezer Whyte where they regularly practise at the Stanbic Heights, located within the Airport City enclave.

Abrefa, who is working hard to make a dream appearance at the Tokyo Olympics later this year, said that he was physically and psychologically ready for the qualifiers.
“Training is going on well, I need more support from corporate agencies and sponsorship to make good use of this last opportunity to grab a slot at the upcoming Olympic Games,” he told the Graphic Sports.

Abrefa revealed also that his training programme had somewhat been affected by the COVID-19 pandemic as some of his sparring partners are unable to strictly keep to their schedule.
Nonetheless, he revealed that his trainer had helped him to do a lot of table workouts and work on his footwork for quick recovery during matches.

“Movements to and from training is not as it used to be due to this pandemic because we always have to schedule and re-schedule out training for different days, times and hours,” he lamented.

Abrefa, an Immigration officer of the Ghana Revenue Authority, who is currently on transfer outside the nation's capital, says he has received a lot of support from Samuel Ayer, the

Director of Sports at the Ghana Immigration Service, Ghana Table Tennis Association president, Mawuko Afadzinu, and Mavis Naa-Dei Antonio who has been monitoring his health and ensuring he is always fit for training and competition.