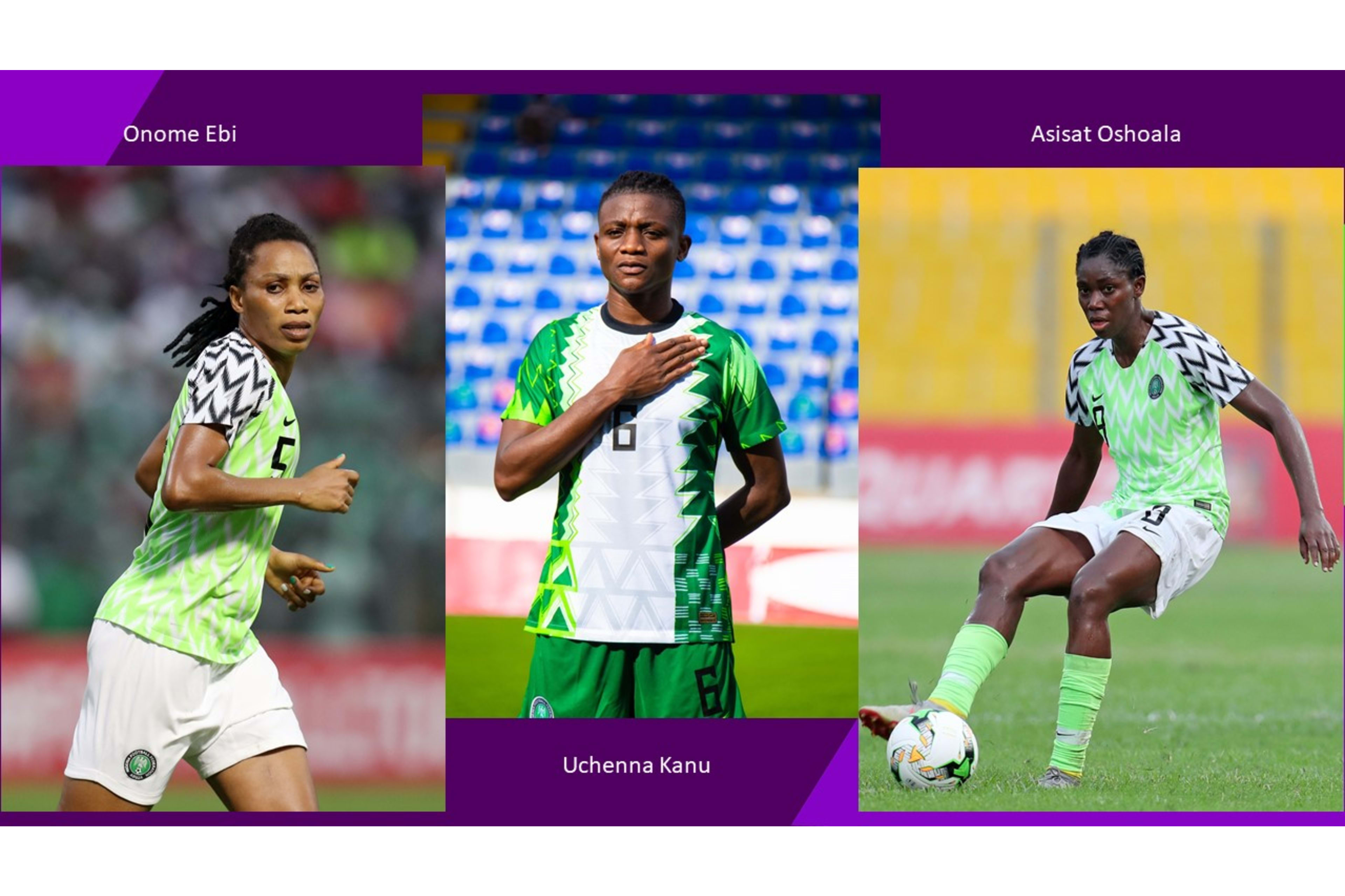 Defending champions, Nigeria showed glimpses of their invincible form, striking four goals past an inexperienced but bold Burundi side in their final Group C game at the ongoing Women's Africa Cup of Nations in Morocco Sunday evening.

With three points from two games and Botswana also on the same points threatening their automatic qualification, the Super Falcons had to draw on their depth of quality and experience to get the job done.

They played a high pressing, fast-paced game right from the start but the young and stubborn Burundian side kept them under check until the 25th minute when Rashedat Ajibade converted a penalty awarded after goalkeeper Jeanine Irakoze's late tackle on Christy Ucheibe.

Unfortunately, that was the last action goalkeeper Irakoze would have in the game as she was substituted for a thigh injury.

Her replacement, 16-year-old Amissa Inanunkundo had barely come on when the Nigerians took advantage and scored two quick goals, both initiated by the fast-paced Ajibade and finished off by Peace Efih in the 28th and Uchenna Kanu in the 29th minutes respectively.

That gingered up the reigning WAFCON Champions against the debutants, and they set out hoping to rout them, but the reorganised Burundi defence thwarted their efforts, organizing themselves tighter in midfield.

Right after the half time break, Efih scored her second on the day in the 46th minute, and the fourth for the defending champions, a goal that seemed to have raised their hopes to venture for more. They were however, left disappointed as there were no more, their efforts boldly blocked by the 16-year old shot stopper much to the admiration of many.

Nigeria thus joined South Africa as the two teams to automatically qualify from Group C for the quarter-finals.

South Africa made it three wins out of three games as they beat Botswana 1-0 in their encounter.

An 89th minute goal by substitute Nthabiseng Majiya was what separated the two southern African sides who carried their COSAFA rivalry into this contest.

Though they lost, Botswana still managed to make it to the quarter-finals having beaten Burundi in their opening group game to earn three points, and make the cut as one of the two best third-placed teams from the 12-nation competition.

The competition takes a break on Monday and Tuesday and will resume on Wednesday with the quarter-finals duels.