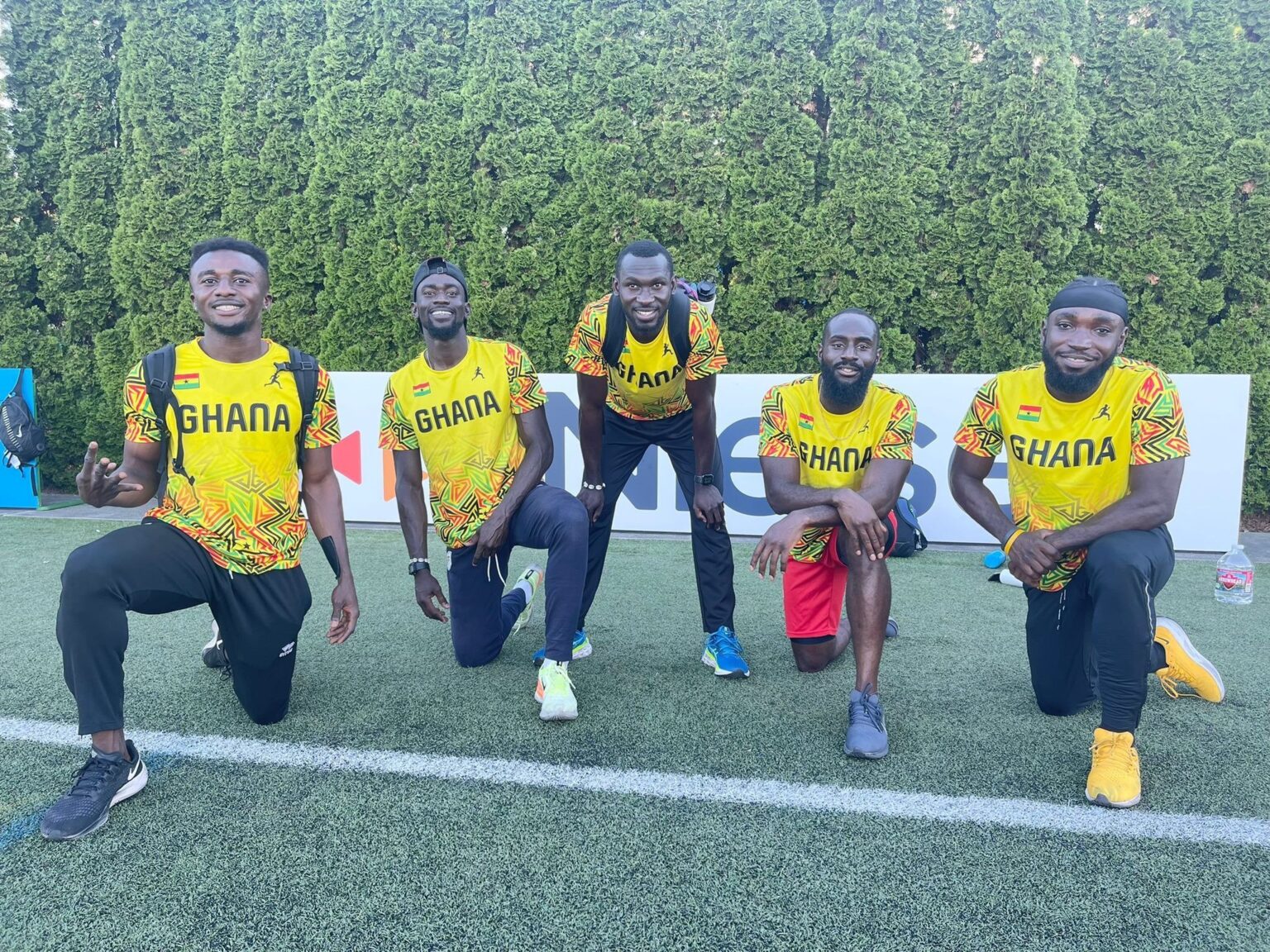 Ghana was fifth in a national record of 38.07, equalling a national best finish at the championships. Follow @Graphicgh

A flubbed final handover cost the United States gold in the men's 4x100 metres relay on Sunday dawn as Canada surged down the final straight to take the world title.

Jamaica was fourth in 38.06, Ghana was fifth in a national record of 38.07, equalling a national best finish at the championships.

The Americans looked set to retain their crown until the last changeover between Elijah Hall and Marvin Bracy, who lost time with a slow exchange.

Canadian anchor Andre De Grasse did not waste the opportunity and passed Bracy on the final leg, crossing the finish in 37.48seconds.

At the World Champs no one has run a relay split faster than the absolutely sub-9 performance by Ghana's relay anchor, Joseph Amoah on Saturday dawn.

Amoah (Ghana) was the fastest in 100m splits in the men's 4x100m during the qualification for the final.

What happened in the final?

It all came down to a final dash on the anchor leg between Canada’s Andre De Grasse and US rival Marvin Bracy-Williams.

In the final stage of the men’s 4x100m at the World Athletics Championships Oregon22, De Grasse took the baton cleanly from Brendon Rodney, while Bracy-Williams struggled mightily to receive the handoff from Elijah Hall.

That gave De Grasse, the Olympic 200m champion, an opening and he took it, surging ahead of the US sprinter and charging down the Hayward Field straight.

Just before the finish, De Grasse glanced to his left at Bracy-Williams in the next lane and raised both arms as he crossed the line.

A few weeks ago, De Grasse was battling a bad case of Covid-19. Now, here he was, running a scorching last leg of 8.79 as Canada upset the favoured US team on Saturday (23) to claim the country’s first gold of the championships.
As De Grasse celebrated, Bracy-Williams grimaced, realising the US team would have to settle for the silver in an event they are almost always expected to win.

The Canadian team of Aaron Brown, Jerome Blake, Rodney and De Grasse triumphed in a world-leading 37.48, while the US team clocked a season’s best of 37.55. Britain earned the bronze in 37.83.

“We had that team chemistry,” De Grasse said. “It's special to win here. There are many Canadians cheering us on. It's not on home soil, but it felt like it.”

Jamaica was fourth in 38.06, while Ghana was fifth in a national record of 38.07, equalling its best finish at the championships.

It was Canada’s third gold in the event after previous victories in 1995 and 1997.

“After injuries and Covid, it was great to finish the championships like this,” said De Grasse, who contracted the coronavirus for the second time less than a month ago, failed to qualify for the men’s 100m final and pulled out of the 200m.

Canada earned silver in the sprint relay at the Tokyo Olympics last year, and De Grasse said that result had given the team inspiration to go one better at these World Championships.

“We spoke about it last year and what a great shot we had at being on top of the podium,” he said. “With many
of us being more fresh, me not running six races, Brendon coming here for the relay also helped us. We were able to practice the relay more.”

US relay teams have a history of botched handoffs, falls and other technical gaffes that have wrecked their gold medal chances. The runners got the baton around this time, but the final sloppy handoff may have been the difference between gold and silver.

Hall had a slight lead on the third leg when he held out the baton. Bracy-Williams missed on his first attempt to grab the baton, then reached again and had to twist his body. Hall tumbled to the track after finally completing the handoff.

“We have a few things to clean up, the changes,” Bracy-Williams said. “Mine was not very good and that may have cost us the race. Nonetheless, we got a medal, got the stick around. We will win next time.”

De Grasse made the most of his clean handoff from Rodney.

“I was hoping not to get caught,” he said. “I was tightening up a little bit. Once these guys did the work, I just had to make sure I stayed relaxed. I got the baton from Brendon and brought it home. We spoke about this moment so many times, waiting for the gold medal.”

The result spoiled US chances of sweeping the two sprint relays. A few minutes earlier, the US women’s 4x100m team upset the heavily favoured Jamaicans to take gold. The men watched the women’s race on a TV screen and celebrated, but couldn’t make it two wins out of two.

“Of course we wanted gold,” Lyles said. “This is a really good team, but we didn't get to show our best ability. We still went out there and put it together. We won silver. I am actually pretty happy with that. It's not about gold every day.”

Lyles had predicted big things for the relay before the championships.

“I’ve been saying this for years: when I’m on the relay, we ain’t losing,” he had said. “Point blank. And we might break the world record, just saying.”

To be fair, the US team was without the world’s fastest man Fred Kerley, who won the 100m title last weekend but pulled out of the rest of the championships after sustaining a quadriceps injury in the semifinals of the 200m.

“It was great as this is my first World Championships and first medal,” Efoloko said. “It is too surreal and I am hoping for more. I believe in this team and we will keep pushing. I am just excited what more we have to bring on.”