Tributes pour in for Alhaji Jawula 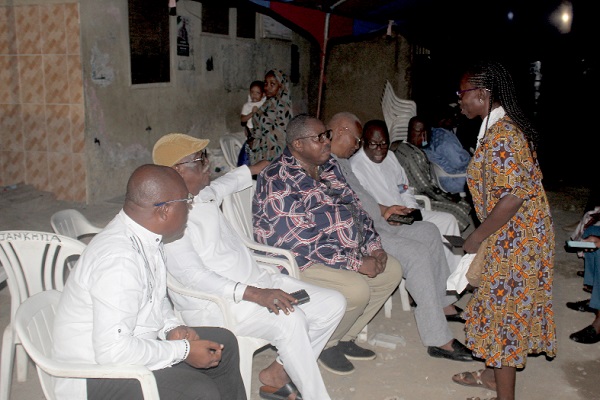 A section of the GFA officials who attended the burial prayers for the late Alhaji M.N.D Jawula at Accra Newtown last Sunday
30.5k Shares

Tributes have started pouring in for the former Chairman of the Ghana Football Association (GFA), Lepowura Alhaji Mohammed Nuru-Deen Jawula, who passed away last Saturday at age 73.

During the burial service at his family house in Accra Newtown last Sunday, most of his friends and colleagues in separate interviews with the Daily Graphic described Alhaji Jawula as a fine, honest statesman who served his country well.

Nana Sam Brew-Butler, the deceased's successor for the top GFA post, described Alhaji Jawula as a very vocal, intelligent and jovial man whom everyone loved.

He also described Alhaji Jawula as one of a kind who equally used his intellectual capacity to better the GFA and the country’s football.

“Alhaji was like a younger brother to me and the interesting thing about him was his faith in God, and he did not discriminate.

"He was such a pleasant person who contributed his bit to Ghana football and served his country well,” he added.

The Chairman of the Ghana League Clubs Association (GHALCA), Kudjoe Fianoo, said he and the deceased had been friends for about three decades and later became like family.

He also described Alhaji Jawula as an honest man and a pillar who always stood by his side even during the most difficult times.

“I learnt a lot from him, especially when it came to delivering speeches extempore, Alhaji was an expert in that and I always admired him.

"I have never seen him sticking to a written speech and I am proud to say I copied that act from him. I prefer speaking extempore and anytime I do that, I give the credit to Alhaji,” he said.

Joseph Ade Coker, who served as the Vice Chairman of the GFA during Alhaji Jawula’s tenure, said his demise came as a surprise to him because he had always known him to be very vibrant.

He went on to describe his former boss as a man of many paths, having served in many facets of society, adding that the country had lost a “great asset”.

“The contributions of this fine and jovial gentleman to Ghana football will be written in the annals of our history because he performed.

"Even though we had our ups and downs, our friendship endured and stood the test of time,” he said.

“I first met Alhaji when he became my English teacher in Form 2 at Tamale Secondary School. He was then a young teacher from the university and years later, we met at the GFA,” Prof. Joshua Alabi said.

The former Member of Parliament and Minister of State went on to describe Alhaji Jawula as a elder brother and a man with special intellect who helped him start a new centre when he was made the Vice Chancellor of the University of Professional Studies (UPSA).

A former member of the GFA, Yaw Antwi-Gyamfi, also referred to the former GFA boss as a fine gentleman who had the country’s football at heart, adding that anyone who came across Alhaji Jawula saw him as a brother regardless of age and status.

“I spoke to him on Monday, the day before he left for the US for about five minutes and everything was okay.

"He told me he was going for review but I didn’t know it was going to be the end of our relationship; it is very unfortunate,” he said.