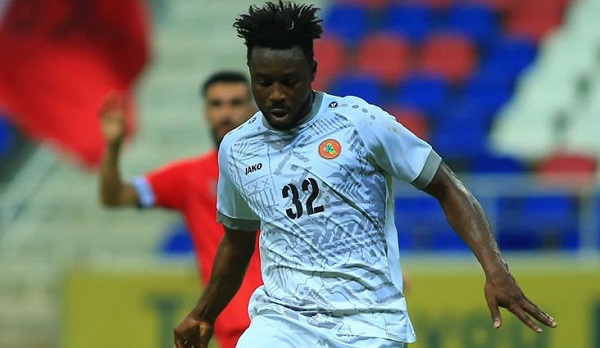 Ghanaian international, Shafiu Mumuni, made history on Tuesday by inspiring Al-Kahraba FC to their second ever Iraq Cup final.

The Baghdad-based Electricity side beat Zakho 2-0 in a tension-packed semi-final encounter to book a final date with former champions, Al-Zawraa, on July 9.

The latest development has compelled Al Kahraba officials to negotiate with Mumuni for a two-week extension of his contract which officially expires on Thursday, June 30. The move is to enable the club benefit from the services of the influential striker in the historic final.

Al-Kahraba are bent on winning the Iraq Cup for the first time after missing the trophy narrowly to Al-Zawraa in their maiden final in the 2018/19 season.

The club has seen a total transformation since signing on Mumuni from Erbil SC in the second round of the Iraq Super League in January. The former Ashantigold striker has since propelled Al Kahraba from the 14 position to ninth, with a game to end the season against relegation-bound Al-

Mumuni was also instrumental in the club’s progress in the Iraq Cup after carrying them through the quarter-finals and semi-finals.

Though Mumuni’s impressive performance this season has already provoked talks for a contract extension, only time will tell where his next destination would be during the summer transfer window following numerous overtures for his signature across the globe.