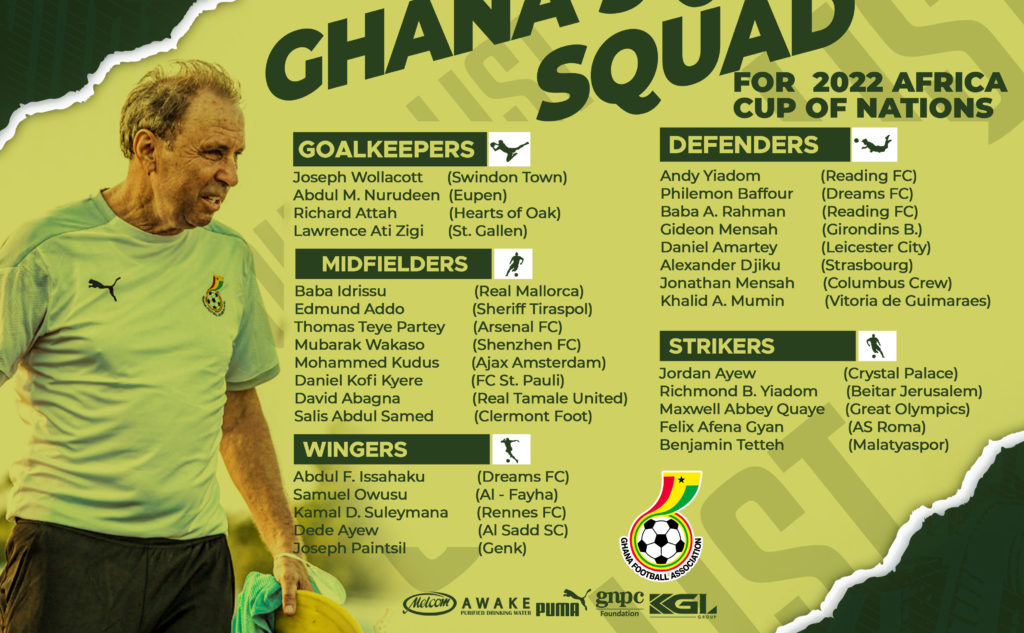 Ghana coach Milovan Rajevac has named five local-based players in his 30-man provisional squad for the 2021 Africa Cup of Nations (AFCON) in Cameroon.

Also in the squad is Arsenal midfielder Thomas Teye Partey who missed last month’s World Cup qualifiers against Ethiopia and South Africa due to injury and Belgium based winger Joseph Painstil (Genk) who has also been handed a call by the Serbian trainer.

Participating teams at next year's AFCON have the option to present a final squad of 28 players (an increase of 5), in case some players test positive for COVID 19.

However, this is just an option and not an obligation to participating teams as federations will bear the cost of the international travel as well as the accommodation of these additional players on the final list.

This means that Rajevac will have to cut at least two players from the provisional squad for the AFCON which is to be staged from Sunday, January 9 to Sunday, February 6, 2022, in Cameroon.

The Black Stars will begin camping on Wednesday, December 22, 2021, in Doha, Qatar for a 17-day training camp in preparation for the Cup of Nations which kicks off on Sunday, January 9, 2022.

They will play three friendly matches while in Qatar. The Ghana Football Association has already concluded talks with Algeria while engagements are ongoing for two additional matches.