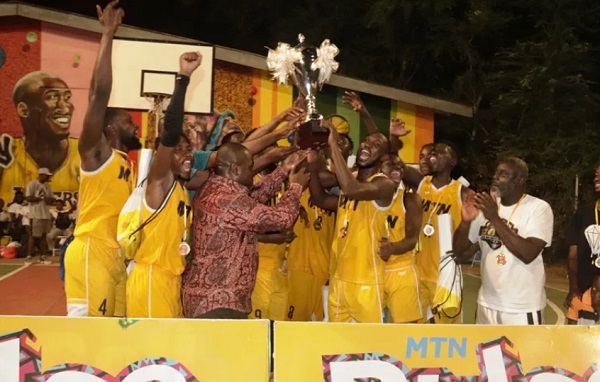 The tournament was played out at the Tema Community 4 Court over two days with the opening round of games taking place on Tuesday, December 29.

KNUST couldn’t hold on to its lead after entering the fourth quarter with a 41-39 result but ended the quarter on the wrong side of an 8-1 run.

Lawal Toyin was the star of the comeback from Radford as he drilled five three point shots with a pair in the third quarter to lead the charge.

Radford University went on an 8-1 run to reduce the deficit to two points (39-41) at the end of the third quarter. Lawal Toyin scored on a strong drive to the basket to end the quarter. Edwin Sarkodie Appiah scored late on to ice the victory.

For his brilliant display, Toyin was named the Most Valuable Player of the Tournament.