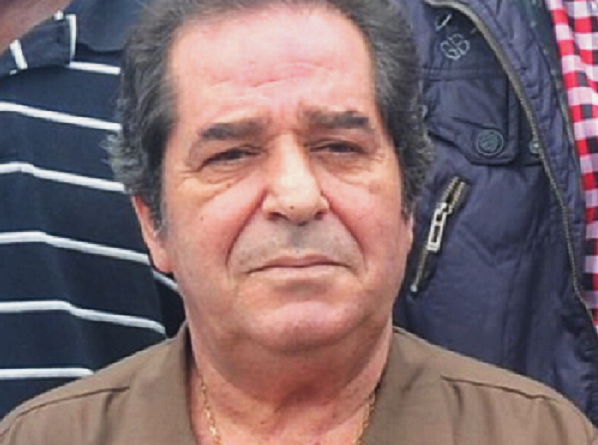 The remains of popular former football administrator and patron of Asante Kotoko, Assad Mallah were interred at the Osu Cemetery on Wednesday, December 30. This followed a strictly private family burial service at the St. Martin Catholic Church at Osu.

In attendance of the ceremony were veteran sports journalists Ken Bediako and Joe Aggrey who both had a close working relationship with Mr Mallah.

A family source said the final funeral arrangements of the late Assad Mallah who was also a patron of the Sports Writers Association of Ghana (SWAG), will be announced later.

A dye in wool Kotoko fan
Assad Mallah was the last of the three great Lebanese naturalised Ghanaians who loved Kotoko to the hilt.

The last two were I. J. Mourhkarzel and Naja David of Bondplex fame. Both lived in Kumasi and gave a lot of financial support to the playing body.

Mallah, however, cut his teeth in Accra where he mobilised the Greater Accra supporters group as a powerful force that specialised in organising massive support for the club, including hiring buses to the various league centres to fill the stands in matches involving Kotoko.

As far back as in the 1960s, he fully sponsored the group's executive meetings at the Kyekyeku Hotel.

The support base in Accra became so strong that they even formed an anon league football club and played for fun at the former Olympics park opposite Ambassador Hotel.

In Kotoko’s first entry to Africa in 1966, the supporters stormed Abidjan with more than eight STC Setra buses along with five more from Kumasi to make the 12-hour journey through Dormaa Ahenkro and Anibrekrom to watch the second leg preliminary match against Stade that ended in a pulsating 2-2 draw.

Unfortunately Kotoko had lost the home match 1-0 so were eliminated.

Not discouraged the supporters organised by Mr Mallah continued to back the team massively and after a few more failures Kotoko eventually won the cup in Jan 1971.

In celebration of this historic feat, Mr Mallah organised a road show in Accra that ended with a funfair at the Lebanon House, Tudu. He organised a donation box at the City Paints Supply where he was manager of his uncle's enterprise.

The box full of money was officially opened by skipper Ibrahim Sunday and the proceeds given to the players.

Kotoko patron
Perhaps it was this gesture that won the heart of Otumfuo Opoku Ware II to appoint Assad a patron of Kotoko alongside known football administrators like S.K. Mainoo.

Despite his new rank he maintained his club's fans base and made Accra New Town based Circle Eight a powerful group when Simms Mensah introduced the circles as the official supporters group of Kotoko.

Mr Mallah really came in the forefront in 1982 as Special adviser to club chairman Yaw Bawuah and he teamed up well with the likes of Allen Gyimah, Major Yaw Larsen, Antwi Gyamfi, Capt. Pattington and Agyemang Berko to win the Africa cup in 1983 after missing the cup narrowly the previous year.

On his retirement from active service, the late Mallah continued to support Kotoko in diverse ways and in his old age, wished to see the resurgence of the Porcupines Warriors both on the local scene and on the continent, but that did not materialise until his demise on December 19, after a short illness.