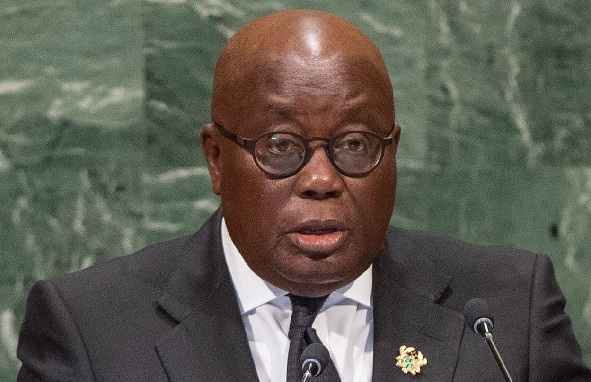 President Nana Addo Dankwa Akufo-Addo is expected to kickstart the Queen's Baton Relay from the Jubilee House the following day in Accra next Tuesday, October 26.

This will be a day after the arrival of the Baton in Ghana from its previous destination, Sierra Leone, on October 25.

Mr Frederick Lartey Otu, chairman of the Queen's Baton Relay Planning Committee of the Ghana Olympic Committee (GOC), told Daily Graphic that a two-day programme for the Ghana leg of the Baton Relay had been outlined by his team.

Mr Otu explained that from the Jubilee House, the Baton Relay will move through the Liberation Road, Opeibea House Traffic Light, the Stanbic Heights area, the Airport Bypass Road and continue to the Giffard Road to end the first leg at the El-Wak Stadium.

According to him the Baton Relay would continue to the VALCO Roundabout in Tema and move through the Harbour Road and end at the Tema Fishing Harbour.

The Baton Relay will move to Kumasi in the Ashanti Region on Wednesday, October 27, commencing from Manhyia where the Asantehene, Otumfuo Osei Tutu II, will add a royal touch to the event. From Manhyia, the Baton will trek to the Rattry Park and continue to Bonwire and Ntonsu, two separate historic towns with rich traditional stories about Kente and the Adinkra symbol.

He said the Baton will leave Ghana on October 28 to Cameroun, which is among the 72 nations and territories in the Commonwealth.

Mr Otu, who doubles as the president of the Ghana Taekwondo Federation (GTF), said the Baton would travel an international route spanning a period of 269 days with over 7,500 Baton bearers.

It will end at the Birmingham 2022 opening ceremony for the Games after which the Queen would receive it.

The Birmingham Games will be held from July 28 to August 8, 2022 with over 4,500 athletes expected to be in attendance.