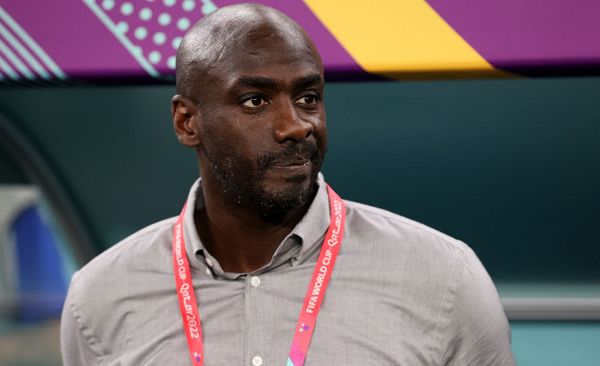 Speaking at a press briefing after the Black Stars crashed out at the group stage of the 2022 FIFA World Cup, Addo said he was happy with his role as a trainer scout with Dortmund.

He added that his decision was motivated by his family who was very happy to be living in Germany.

"I said it before when I started as an assistant coach (of the Black Stars) last year in October," Addo said.

"It was clear to me that, I will stop after the World Cup. At the moment, me and my family, we see our future in Germany and I like my role in Dortmund and we are very happy there".

The Black Stars of Ghana failed to advance from the group stage of the 2022 FIFA World Cup following a disappointing 2-0 loss to Uruguay at the Al Janoub stadium in Qatar.

The Stars needed victory to advance to the round of 16 of the competition after losing their opening game in Group H to Portugal and defeating South Korea.

Uruguay was pipped by South Korea who defeated already qualified Portugal 2-1 in the group's other tie to advance on goals scored.

In second place before the day's matches, Ghana finished bottom of the group.

The GFA in May this year confirmed Addo as the coach of the Black Stars until December 2022.

In a statement on Ghana FA's official website, the German-trained tactician, who helped the Black Stars reach the 2022 World Cup finals in Qatar, will be assisted by George Boateng, and Mas-Ud Didi Dramani while former Newcastle United manager Chris Hughton retained his role of Technical Adviser.

The 46-year-old Addo, who turned out for German side Borussia Dortmund as a defender, was appointed the Black Stars coach in early February to replace Milovan Rajevac, who was sacked after Ghana’s poor show at the 33rd edition of the Afcon in Cameroon.

During the competition, Ghana who were pooled in Group C alongside Morocco, Gabon, and Comoros, failed to go past the group stage after finishing fourth with one point.

The Black Stars lost their opener against the Atlas Lions 1-0, drew 1-1 against the Panthers, and suffered a shock 3-2 defeat against Les Coelacantes in their final group fixture to exit the competition.

Addo, who also had coaching stints with Hamburg and Borussia Moenchengladbach, helped the Black Stars to book their place in the World Cup finals set for Qatar after defeating rivals Nigeria on the away goals rule.

After the two West African nations settled for a 0-0 draw in the first leg meeting in Kumasi, the Black Stars secured a 1-1 draw in the return leg in Abuja to earn the slot.