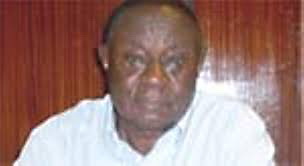 A legend of Asante Kotoko S/C, Samuel Opoku Nti, popularly known as Lord ‘Zico’, has paid a glowing tribute to the late Simms Kofi Mensah, former chairman of the club, who passed on early this week, after a short illness.

“Simms Mensah would always be remembered for transforming the Porcupine Warriors into an all-conquering squad,” the Kotoko legend said.

Opoku Nti, who scored Kotoko’s winning goal that gave the club its last African Cup in 1983, described the late chairman as “a unifier and charismatic leader”.

“He is responsible for laying a solid foundation for the club, especially in the 1980s,” he told GNA Sports in an interview.

The late Simms Kofi Mensah was in charge of the club from 1979-81, and his era saw the Porcupine Warriors recruit some of the best players on the local scene, including Opoku Nti.

He was also credited for bringing the Kotoko supporters together to form the “Circles”, which is the official mouthpiece of the supporting base of the club.

Opoku Nti said it was imperative that the younger generation of the Kotoko fraternity learnt many lessons from the legacies of the late chairman for their own benefit.

He appealed to all members of the Kotoko fraternity to come together to mourn one of the pillars on whose shoulders Kotoko stood to conquer Africa and positioned itself as a formidable club not only in Ghana but on the continent as well.