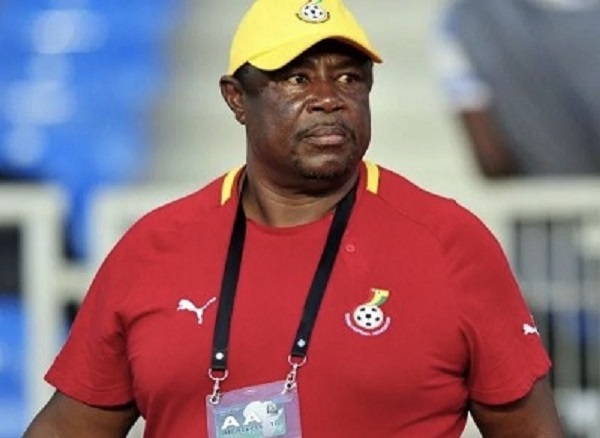 BLACK Starlets Coach Paa Kwesi Fabin has seen his preparation for the upcoming West African Football Union (WAFU) B qualifiers thrown out of gear after a number of his players were thrown out of camp at Prampram for failing the Magnetic Resonance Imaging (MRI) test.

As a result, Coach Fabin is under pressure to raise a strong team with just three weeks to start the June 12-24 qualifiers.
According to a close source, an emergency justifier was organised by the coach last Friday to recruit new players to fill in the void created by the players' ejection from camp.

Explaining the development to the Graphic Sports yesterday, the source hinted that the GFA ensured the players underwent successful MRI scans before being admitted to camp, but further tests by team physician, Dr Prince Pambo, did not present encouraging outcomes.

Subsequently, another test conducted under the supervision of an official of the continental football body, CAF, confirmed the result presented to the Starlets management team by Pambo; hence, the decision to axe the affected players from camp to be replaced by new set of players.

According to the source, the rule disqualified any player whose result was grade six but it appeared most of the players in camp had between grade five and six, which left the coach with no other option than to dispense with them and start a fresh recruitment exercise.

The source noted that to avert any future problem, MRI tests were immediately conducted on the freshly recruited players to be sure they qualified to be part of the team.

The Graphic Sports understands that the latest development has thrown Coach Fabin’s plans overboard as his months of preparation for the qualifier has been jeopardised by the disqualification of key players, which puts pressure on him to start all over again and possibly affect the team's chances during the qualifiers.

Ghana will not be the only casualty of the massive MRI test failure, the source hinted.

“From what I have seen, we are not going to be the only country to be affected. I saw Togo's squad and the boys that they are lining up look much older than the Ghanaians, so I am sure they will all be affected,” the source said.