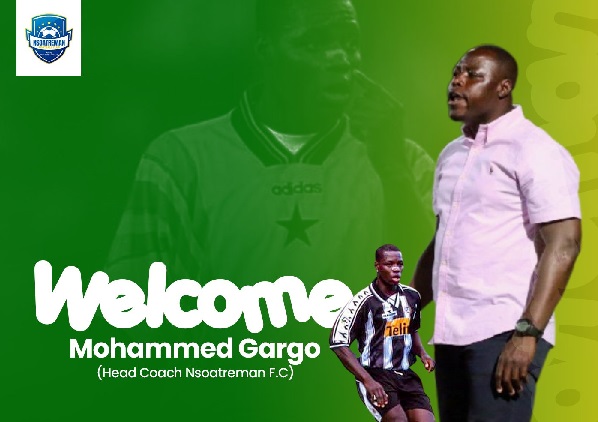 Newly-promoted Ghana Premier League side, Nsoatreman FC have appointed Mohammed Gargo as new head coach of the side.

Coach Gargo replaces coach Boniface Ayipah who secured a historic qualification into the Ghanaian top flight from the just-ended Division One League.

Nsoatreman FC have been on a mission to appoint a new trainer for their maiden Premier League appearance after coach Ayipah fell short of top-flight credentials.

Coach Gargo is expected to bring to bear his years of experience as a footballer and a coach having retired as a player.

He first joined New Edubiase United as a coach in the Division One league in 2010. Since then, coach Gago has had stints with Real Tamale United, B.A United, Okwawu United and Namibian giants Tura Magic.

Nsoatreman will hope to have a good debut league season in the top flight when the 2022/2023 campaign starts.