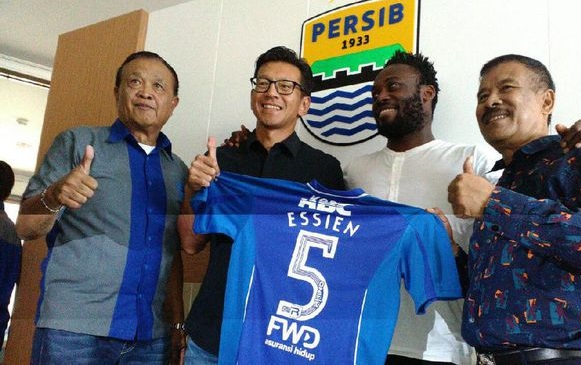 Ghana midfielder Michael Essien has joined Indonesian top flight Persib Bandung on a one-year deal ahead of the start of the 2017 Liga 1 season.

Essien has been recruited as a marquee player by Persib and will have the option of extending his contract for a further year at the end of the 2017/2018 season depending on his performances.

The club announced his capture in a tweet on their official account to over its two million followers. Persib becomes Essien's first club since he departed Greek giants Panathinaikos in September 2016.

The former Liberty Professionals player is tipped to become the highest paid player in the Indonesian Liga 1 on a contract worth a reported 800,000 euros a year.

The 34-year-old will wear the number five jersey for The Blue Prince (as Persib are nicknamed). Essien wore the same number during his stints with Chelsea and Real Madrid.

The former Chelsea cult hero will be officially unveiled today at a ceremony which coincides with the 84th anniversary celebrations of Persib. 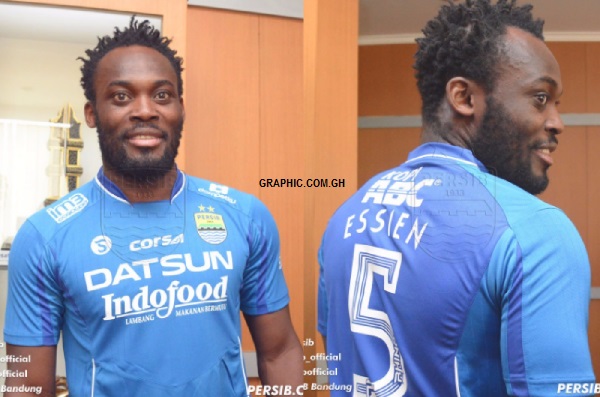 Essien nicknamed The Bison made his name at Stamford Bridge with Chelsea winning nine trophies including two English Premier League titles, four FA Cup trophies and a UEFA Champions League between 2005 and 2014.

He has also played for Bastia, Lyon, Real Madrid and Panathinaikos since moving to Europe from Liberty Professionals in 2000.

Persib Bandung, commonly known as Persib is an Indonesian professional football club based in Bandung, Indonesia. They currently compete in the Liga 1.