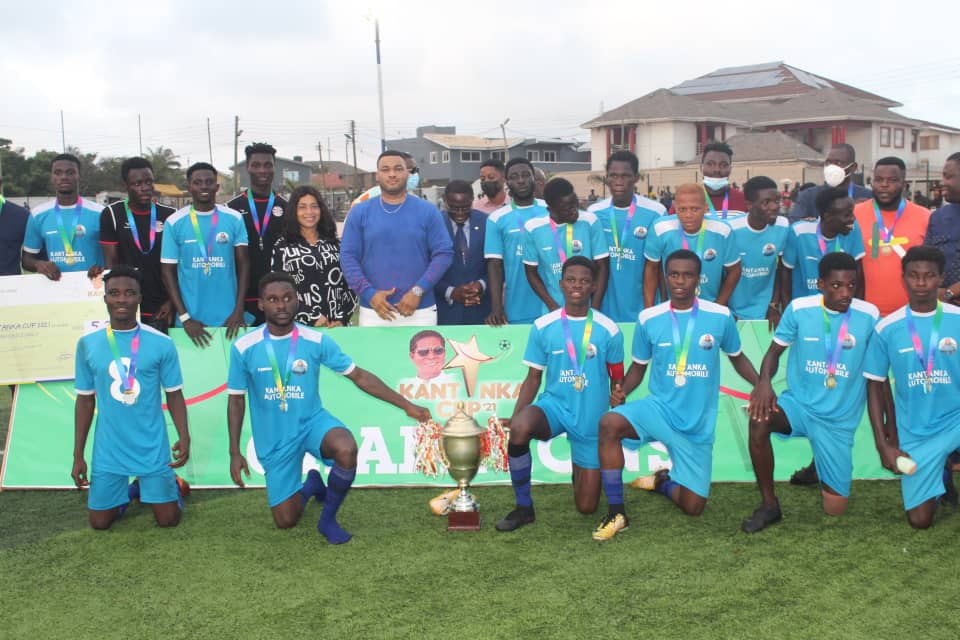 Dansoman-based Liberty Professionals Academy have won the maiden edition of the Kantanka Cup after defeating Jayash Academy 2-0 in the final on Wednesday evening at the La McDan Town Park in Accra.

Goals either side of halftime by Kwadwo Boamah and Maxwell Ameyaw secured the Kantanka Cup trophy and a GH₵5000.00 cash prize for the Liberty lads.

Liberty emerged champions of the eight-team gala after defeating Charity Stars, Great KOSA in the run-up to the finals.

However, losing finalists Jayash who were equally impressive in the run to the final did not go home empty-handed as their midfield lynchpin Ishmeal Nii Otu won the Best Player award and the team won a GH₵3000.00 cash prize for finishing second.

The two-day football tournament was played to honour Apostle Kwadwo Safo Kantanka who celebrated his birthday on August 26, 2021.

In an interview after the final, Appiah praised all the participants for exhibiting a high-standard of youth football and urged the youngsters to focus on their studies and football.