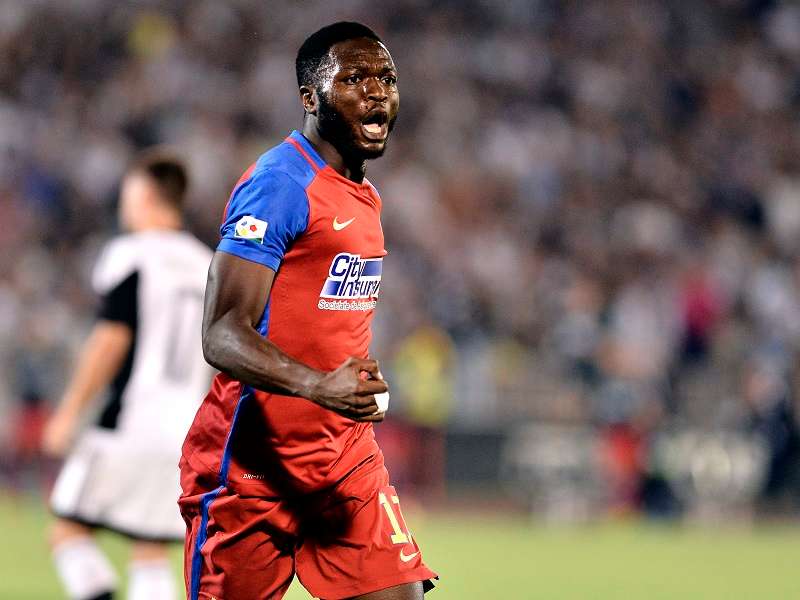 Polish champions Legia Warsaw have started talks with Sulley Muniru after the midfielder impressed on trials with them.

Muniru, the junior brother of former Ghana international Sulley Muntari, was handed a one-week trial by the Polish giants after he had his contract terminated by Romanian side Steaua Bucharest in April this year for fighting with a teammate and disrespecting the club President.

The 25-year-old midfielder grabbed the opportunity and excelled in the trials with the Warsaw club which has made them to open negotiations with him ahead of signing as a free agent.

"Sulley Muniru was super in the trials, he made very little mistakes. He is good both in defensive and offensive midfield and his long balls always find the attackers," Radek Kucharski the scouting director of Legia Warsaw told Graphic Sports.

"Before I left office on Friday (October 13), we had started negotiations with him. Hopefully he will sign the next few days."

Muniru moved from the youth team of Liberty Professionals to Real Madrid Castilla in 2012 after being invited by Zinedine Zidane and though he was successful in the trials, his quest for first team football landed him at Romanian club CFR Cluj who were competing in the Europa League.

He spent three years at Cluj before being signed by Steaua on July 1, 2015 for a fee of € 500,000 where he became the engine of the team before acts of indiscipline made his contract to be cancelled.

An ambidextrous player, Muniru is is widely touted as being naturally gifted more than his two senior brothers, Sulley Musah and Muntari, a UEFA Champions League winner at Inter Milan who featured for Ghana at three FIFA World Cup tournaments between 2006 and 2014.