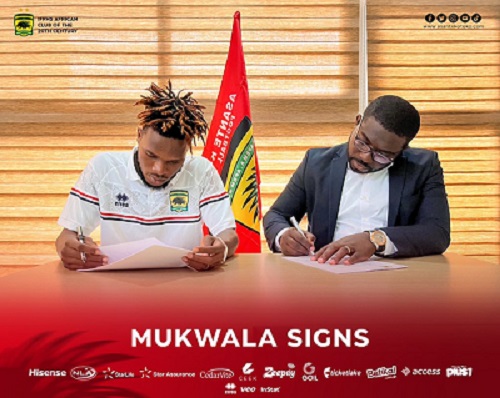 The 23-year-old former Viper SC of Uganda player completed a two-year deal for the Porcupine Warriors after he successfully completed his medicals with an option of a further one-year extension.

Kotoko confirmed the deal on the club’s Twitter handle insisting that the player joined on a free transfer for the period his signed for the club.

“The Ugandan joins us on a free transfer for a period of two years with an option to extend for a further year,” it said. 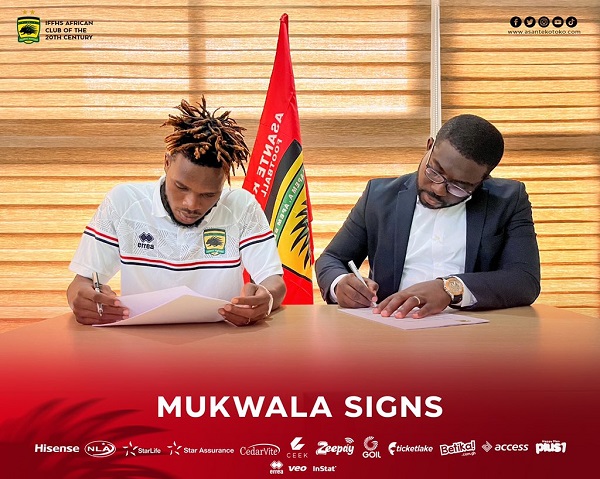 Mukwala, who was on loan to Maroons FC during the 2019-2020 season, scored 13 goals in 21 appearances and will be coming to the Porcupine Warriors with vast experience having previously played for clubs such as Singo, Buleemezi and Edgars FC where he netted a record 17 times in just eight games.

The striker, who is also a member of the Ugandan national team, shared his joy about joining the Ghana league champions when he tweeted, “A start of a new phase, I am a proud Porcupine Warrior.”

He becomes the latest foreign player to join Kotoko in the last two years after the Camerounian duo of Georges Mfegue and Franck Mbella Etouga, who missed the top soccer award to Yaw Annor after scoring 21 goals in the league last season.