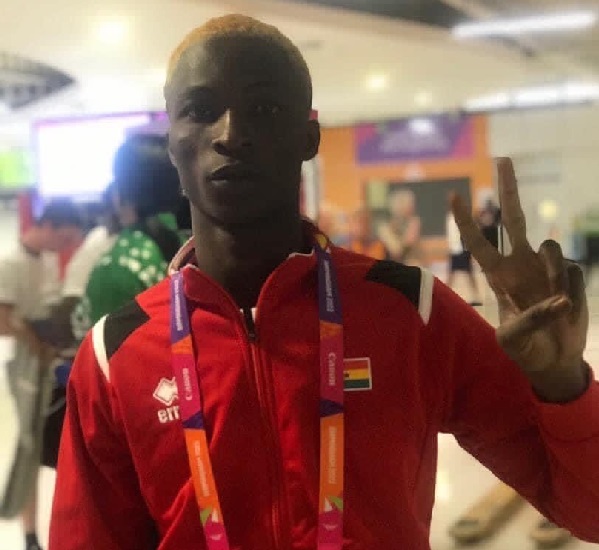 Debutant Joseph Commey made it two wins at the ongoing Commonwealth Games with a dominant 5-0 victory over Kiribati Betero Aaree in their featherweight contest at the NEC Hall in Birmingham.

Commey proved to be too strong for Aaree having dominated his opponent from the opening round to qualify to the Round of 16 stage of the games.

A confident Commey told the Graphic Online after his win that he was ready to work tirelessly to return home with a medal.

"I have to continue working hard and I believe the victory will continue coming," said Commey. "It is a good win for me and the entire Black Bombers team.

"The focus still remains the same and that is to win medals for Team Ghana. It is not going to be easy but we are focused on winning it."

Commey joins Wahid Omar as the two boxers from Team Ghana to have progressed to the next stage of the games.

On Thursday, female boxer Ornella Sathoud lost to England's Kerry Davis in their middleweight contest and light heavyweight contender Shakul Samed was suspended from fighting after he was found to have used a banned substance.

Meanwhile, trainer of the Bombers, Kwasi Ofori Asare remains confident his charges will return home with a gold medal.

"He fought brilliantly and I think our plan worked perfectly. We are on course to return home with a gold medal.

"We have to continue working harder to achieve our target of winning medals for Ghana and I am very confident of achieving that."