It’ll be a tough game—Abagna 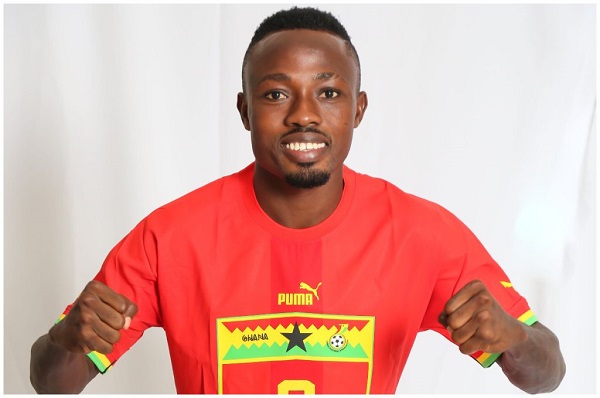 Deputy skipper of the Black Galaxies, David Abagna, anticipates a tough game against Sudan in their Championship of Africa Nations (CHAN) game on Thursday but believes they will still prevail.

Abagna who was speaking at the pre-match press conference said they were aware of the implications if they don’t win so they have condition themselves to win and stay in the competition.

“It’s difficult to say specifically what our plans are but we have prepared and mentally we are focused. We know it will be a difficult game and we know what will happen if we don’t win.

“We want to win and stay in the competition. And this is enough to motivate us to go into the game and secure a win.

The RTU midfielder said the team have put their loss against Madagascar behind them and are focused on the game on Thursday hoping they pick the maximum points to enable them sail to the next stage of the competition.

“The defeat was a shocking one for us and we didn’t expect to lose that way. We have picked ourselves up from the loss. We are back to training and focused on the game”, he said.

The 24-year-old said even though they were yet to see the Sudanese play at the tournament, they were not perturbed because they had already mapped out a strategy which they must focus and execute to achieve the desired results.

“Sometimes when you get to see your opponent it gives you an idea on what to expect. Unfortunately, we have not seen how they play but we have to focus on our own strategy and execute it well. I believe when we execute our strategy it will work for us”, he stated.

“We are very prepared. After Sunday’s game, we have trained twice and we are ready for the game tomorrow. I think our opponent is tough but it’s a game of football and you can’t underrate anyone in football.

“Our defeat has taught us not to underrate anyone. We have trained and practiced the game plan our coaches have for us. We are focused on the game and to execute our game plan”, he said.