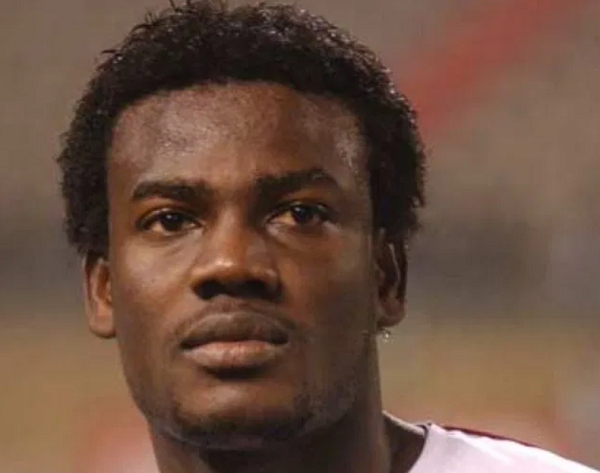 Former Ghana U-17 and U-20 star Awule Quaye Jnr has revealed that he reduced his age by five years in order to participate at the U-17 FIFA World Cup in 1997.

Awule Quaye Jnr who is now a Reverend Minister added that he was aged 21 when he later played for Ghana at U-20 level, only two years after playing at the U-17 World Cup.

According to him, although age cheating is bad, that is the only way the national U-17 team could compete for trophies.

In an interview on Accra-based Max 89.7 FM, Awule Quaye Jnr said after securing a move to Europe on the back of his performances at youth level, he was treated like a child although he was a teenager.

He said: “Five years of my age was taken off, I was around 21 when I was playing the U-20 World Cup in 1999 even though I entered the tournament with age 16. Sometimes we don’t say these things because it could have an effect on our careers. Age cheating isn’t good but conditions push players to do so. I was in Belgium at age 17 and the whites treated me like an 11-year-old”.

Playing in the U-17 World Cup, Awule Quaye scored three goals throughout the tournament as Ghana's Starlets lost to a Brazil side which featured Ronaldinho Gaúcho in the final.

Other notable players who would go on to play at the highest level included Gabriel Milito, Iker Casillas, Xavi Hernandez and Sebastian Deisler.

Although some analysts have raised concerns about the ages of Ghanaian players at FIFA and CAF competitions over the years, the country has only been sanctioned once for fielding an unqualified player after FIFA introduced a test to curb age cheating.

Ghana was banned from the 2016 U-17 Championship in Niger by the Confederation of African Football (Caf) after midfielder Isaac Twum who played in a qualifying game against Cameroon in 2015 failed a Magnetic Resonance Imaging test (MRI) test.

The MRI test, introduced by FIFA scans the wrist plate of players to accurately ascertain their ages, with only players between grade 1 and 5 of the scan eligible to participate in U-17 tournaments.