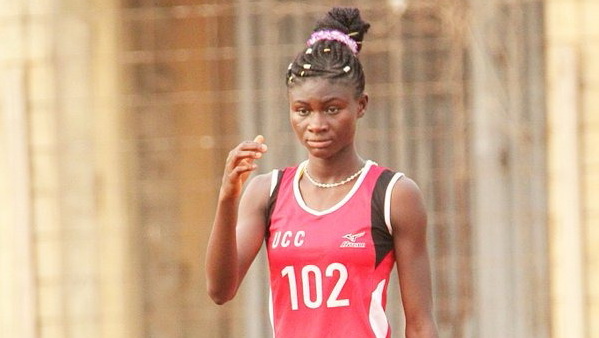 Ghana's sole female athlete at the 2022 Africa Athletics Championship, Rose Amoanimaa Yeboah won Ghana's first gold medal at the ongoing event in Mauritius, with a jump of 1.79m in her event, high jump on Day One of the event which began on June 8.

Yeboah, ranked number one in Africa in the event, and who also won gold at the 2019 African Gamees in Rabat, Morocco, failed to replicate the jump of 1.84m at that event, but the 1.79m recorded on her first attempt at that height, was good enough to put her ahead of the others for the gold medal.

Nigeria's Temitope Adeshina won silver also with a jump of 1.79m but had to make two attempts before making the mark.

Yeboah, is the only female on Ghana's four-athlete contingent to the Championship, considered the assembling of Africa's best in track and field.

This is the first time Ghana has participated in the African Athletics Championship without presenting a relay team.

Gold feats
A product of Kumasi Girls High School and formerly coached by Joyce Boaitey, Rose Yeboah first gained international exposure in 2019 at the XIV African Under-20 Championships in Abidjan, where she won the gold medal in high jump with a height of 1.83 m. and followed it up with another gold-winning performance in Rabat at the African Games.

As a junior athlete, Rose Yeboah also represented Ghana and won gold medals at both ECOWAS U-20 Championships in Abidjan and the All-Africa University Games in Egypt.