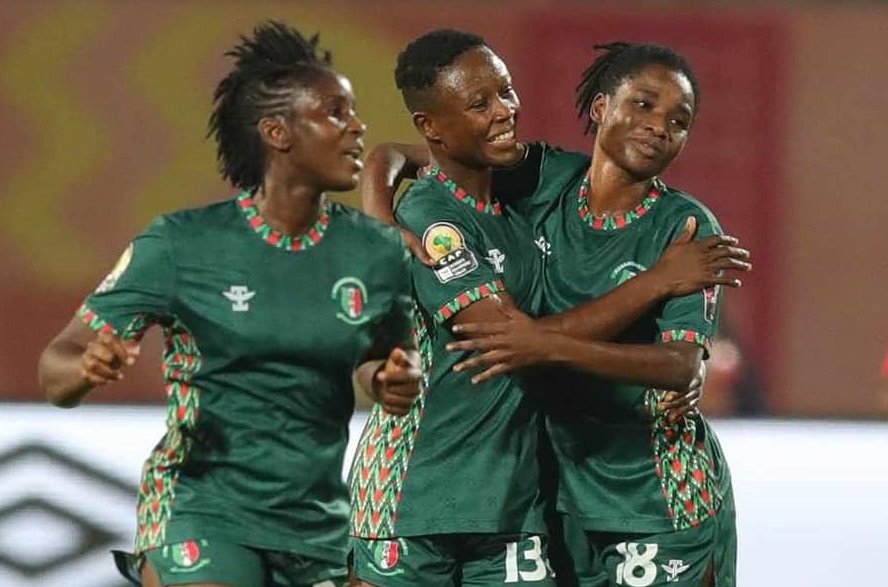 Sekondi Hasaacas Ladies are the first to book their semi-finals ticket at the CAF Women Champions League after recording their second win at the tournament being staged in Cairo.

The West Africa Football Union (WAFU) Zone B and Ghana double champions won the all-West African encounter beating AS Mande of Mali 3-0 in their second Group A fixture.

Similar to their opening day performance, Hasaacas Ladies won the day with yet another brace from Evelyn Badu and one from Perpetual Agyekum, to win the battle of the West Africans.

If they showed some anxiety despite their three-star performance to win 3-1 against Malabo Kings of Equatorial Guinea and Central Africa Champions on the opening day, the Ghanaian champions looked completely at home against their WAFU Zone A neighbours.

Eager to recover from their stuttering 1-3 loss to Wadi Delga in the opening game, the Malians began the game on a rather fast note – presenting a robust defense, tight midfield and choosing to attack from the wings.

However, knowing their style of play that well, Coach Basigi strategised to nullify any threat they posed and by the 17th minute, Badu had hit the back of their net with the opener.

AS Mande fought back but their hopes of coming back stronger after the break was dashed with Hasaacas’ second, a powerful and well-taken freekick from Agyekum, who has established her credentials as a freekick expert.

In the second half, Coach Basigi’s ladies continued from where they had left off at the end of the first half, stepping up the tempo. They deservedly were rewarded as Veronica Appiah in the goal area, intercepted a ball and laid it in Badu’s way. She made no mistake and tapped it in for the third, recording her fourth goal in two games and claiming for the second time, the Player of the Match award at the end of proceedings.

"Our game plan of getting an early goal worked in the opening game. We knew the Malians would come into the game with a lot of pressure to get an early goal. We had to counteract with the same intensity and that worked," he said of their game plan.

Earlier in the other Group A match, Malabo Kings of Equatorial Guinea revived their chances at the competition also winning 3-0 against Wadi Delga.

The Central Africa Zonal champions lost 1-3 to Hasaacas and needed a win to stay in contention, while the Egyptians were hoping to seal a win and an early progress to the next round.

However, that hope was thwarted as Malabo Kings’ Burkinabe import, Stephanie Drepoba Gbogou scored twice and a third from Grace Balongo to claim the points and revive their chances of qualifying.

The final matches in Group A will be honoured on Thursday.