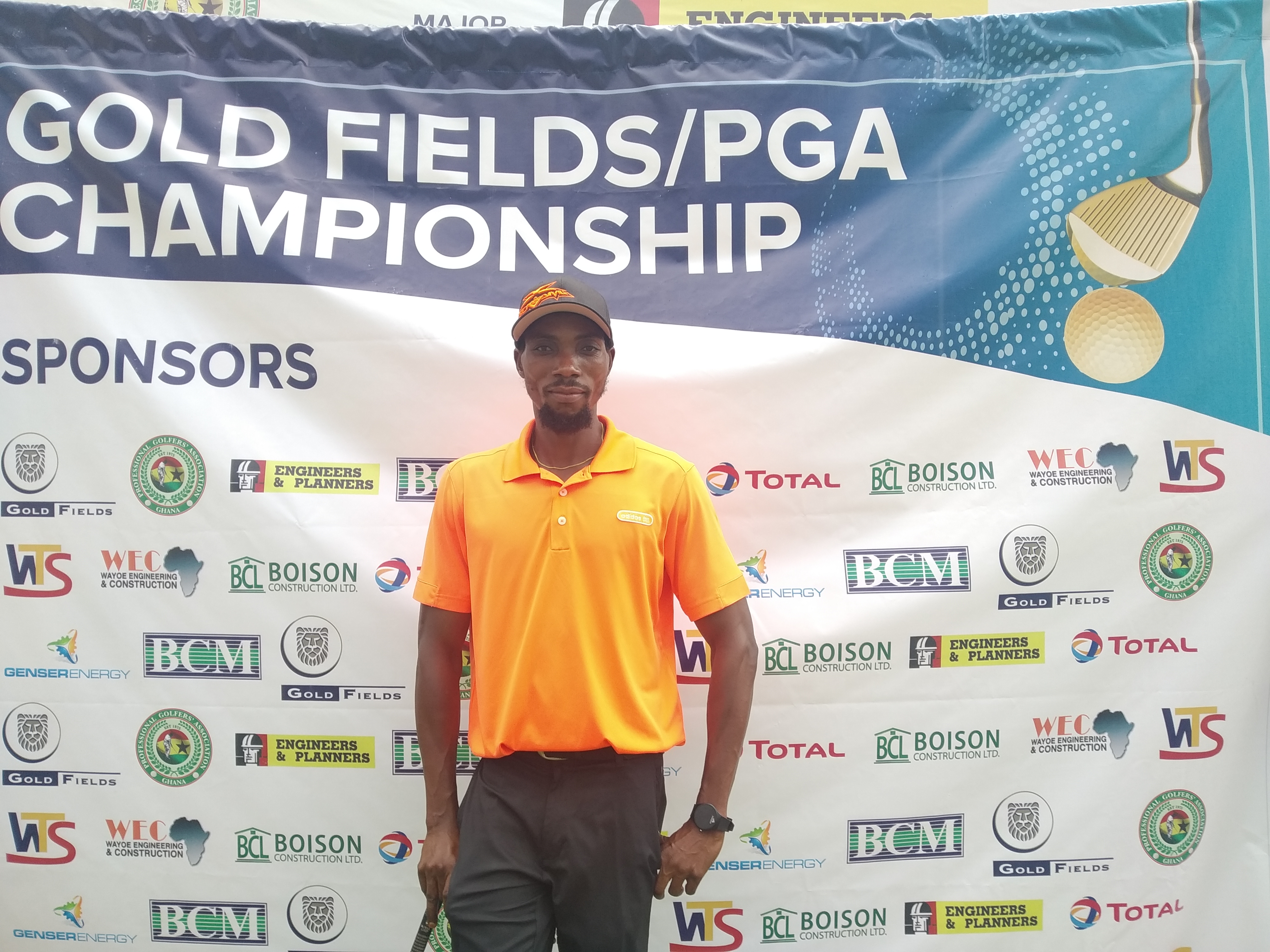 Francis Torgah defied his inexperience and a difficult course to power into a one-shot lead after a close second round of the Gold Fields Professional Golfers Association (PGA) tournament on Thursday at the Damang Golf Club in the Western region.

Torgah, 30, played an impressive three-under-par 69 to put himself a stroke ahead of the opening round leader Lucky Ayisah who played a one-over-par 73 and is now second on the standings.

Tied in third place and two shots behind second-placed Ayisah is home favourite Kojo Barnni and Vincent Torgah (the senior brother of Francis) who played a one-over-par 73 and seven-under-par 65 respectively.

In an interview with the Daily Graphic after the day's action, Torgah credited his powerful drive and putting for his second round recovery after ending the opening round three shots behind Ayisah.

The Tema Country Golf Club star said he was confident of improving his lead before the final round on Saturday.

"Looking at the scores, it tells you that the game is going to get tougher and tougher but I promise you I'm going to play much better tomorrow. The course was tough because it rained overnight but my drive went very well and my second shot was good which aided me to save a lot of birdies," he said.

In the senior's competition, veteran Victor Brave-Mensah increased his lead at the top of the standings to ten-shots after a playing one-under-par 71.

Brave-Mensah is trailed on the senior's leaderboard by Akwasi Prempeh and Charles Chichi who played a three-over-par 75 and one-over-par 73 respectively.