Ghana will beat Nigeria to qualify for world Cup — Ahinful 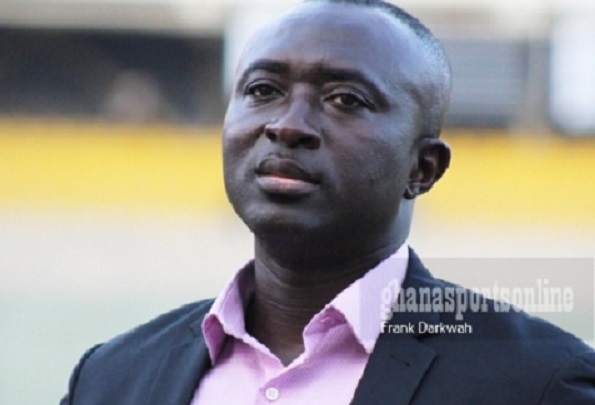 Former Black Stars forward, Augustine Ahinful has predicted victory for the national team against their Nigerian counterparts in the second leg of the 2022 FIFA World Cup qualifying playoffs.

He says he has no doubt about the ability of the Black Stars to qualify for the World Cup in Qatar later this year.

The Black Stars put up a dominant performance but were held to a scoreless draw by the Super Eagles in the first leg clash at the Baba Yara Stadium in Kumasi last Friday.

Ahinful, 47, told the Graphic Sports yesterday that he was surprised by the "significant improvement" made by the team and believed they would deal with any threat by the Nigerians in tomorrow's second leg clash in Abuja to qualify for the Mundial.

“The performance on Friday was an improvement on what we witnessed during the Nations Cup because you could see a different mentality and atmosphere all around. Unfortunately, we could not score but that is football.

“We’re going to Nigeria and they feel they are the favourites but football nowadays you can’t look at those permutations to take advantage of and so we stand an equal chance of qualifying,” he said.

The former national star said home advantage might not necessarily work for the Nigerians as many perceived, but instead it was the better prepared side that had the potential of picking the slot and he believed the Black Stars were best placed for it.

Ahinful, who made 19 senior appearances for Ghana, observed some shortcomings in the style of play in the Black Stars and believed if they were able to correct them, victory would not be far from them.

“I think on Friday we tried to play from the back when we had the ball and the Nigerians probably realised what we were trying to do. At a point, you could see that the goalkeeper (Joseph Wollacott) would be holding the ball for a while hoping that the Nigerians would move out then he would take advantage and play behind them but they were not.

“We kept doing that right until that botched penalty decision so I think that going to Nigeria it’s an away game and we have to play the game based on our tempo but we have to be very careful with those things. If they are not moving out like they did in Kumasi then maybe we have to adopt a different strategy,” he advised.

He challenged the players to be motivated by the desire to compete at the world’s biggest football gathering to ensure they won and stated that the entire nation was behind them to ensure they made the country proud.