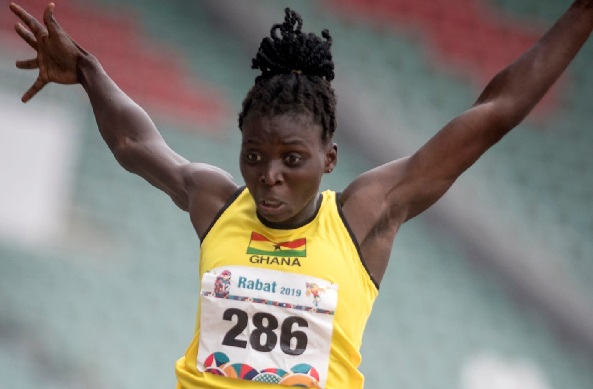 Ghana’s 100m relay team will be expected to lead Team Ghana’s charge to win medals at this year’s Commonwealth Games which starts on Thursday in Birmingham with over 100 athletes competing for Ghana.

The quartet of Sean Safo-Antwi, Benjamin Azamati, Joseph Manu and Joseph Amoah will arrive in Birmingham from the USA where they participated and reached the men’s 4x100m final of the just-ended World Athletics Championships in Eugene, Oregon.

The sprinters continue to improve after winning gold at the African Games in Algeria three years ago and the July 28 -- August 8 Commonwealth Games would be the perfect opportunity for the quartet to earn medals this year.

After winning gold in the African Games, the team secured qualification to the Tokyo Olympic Games when they reached the final of the World Relay Championship in Poland in May 2021. Unfortunately, they were disqualified in the final for lane violation.

The team did not stop there. They managed to reach the final of the 4x100m race at the Olympics but unfortunately failed to win a medal.

At the just-ended World Athletics Championship, the quartet narrowly missed an opportunity to win a medal when they finished fifth with a national record of 38.58 seconds.

With a wealth of experience from competing at major events at their disposal, the quartet are in pole position to win medal at the Commonwealth Games despite making their maiden appearance.

In long jump, Deborah Acquah has set her sights on the Commonwealth Games following a disappointing display at the World Athletics Championship where she failed to qualify to the final with a 6.47 metres distance jump.

She, however, branded her performance at the championship as devastating having entered the competition as the fifth best female jumper in 2022 but with an injury which required medication during the competition.

“It’s really been a long season and I’m proud to come out here to represent myself to the best of my ability. Coming in as the fifth best in the world this year and not make the finals is a bit devastating,” Deborah wrote on her Twitter page yesterday.

“But I have to understand that things does not always go the way we want it. I’m just really grateful to be able to come out here and to give it my best and that is all that really matters.

“I didn’t go in the competition 100 per cent healthy but I tried to make it work regardless of the circumstances. I’m happy with how much I’ve grown within the sport. It only gets better from here. Just want to thank everyone who have supported me throughout this season, I’m very appreciative of you all. Next stop Commonwealth Games,” said Ghana’s national record holder.

In boxing, Ghana’s sole medalist in 2018, Jessie Lartey (welterweight), is expected to add to Ghana’s 32 medal feat in the sport at the Commonwealth Games.

Samed, an Olympian from the Tokyo Olympic Games in 2020, remains one of Ghana’s brightest hopes in Birmingham, having participated in the 2018 edition of the Commonwealth Games.

Quartey and Addo featured in the last edition of the games and are experienced to win medals for the country this time around.

The team will hope to improve on Team Ghana’s 57-medal achievement from the competition since the country’s maiden participation in Vancouver, Canada in 1954.