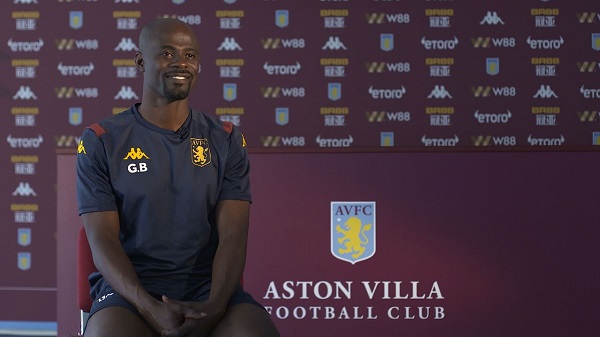 Former Dutch international, George Boateng is elated with his new role as the head coach of Aston Villa under-23 team.

Boateng, 45, handled the club’s under-18 last season but has now elevated as he continues to hone his coaching as well as managerial talent.

The coach, who was born in Ghana but naturalised for the Netherlands, said that it is an honour for him to get the job with the English topflight side and he would do his best to nurture more talents for the first team.

"It is an interesting job and I will be doing a lot. Many of the boys I coached in the Under 18 last year are now at the under-23. Even though it is a new level, I know everyone already," Boateng told Aston Villa TV.

"It is fantastic and for me is good because now I am making a step to work with players who are close to first team football."
"This is the final level of the Academy system and at this point the aim is to get players a career in the game," he added.

Boateng, who played for Aston Villa from 1999 to 2002 previously handled Malaysian club Kelentan FC, and Blackburn Rovers under-13 side before taking up his first Aston Villa coaching job with the under-18 team last year.