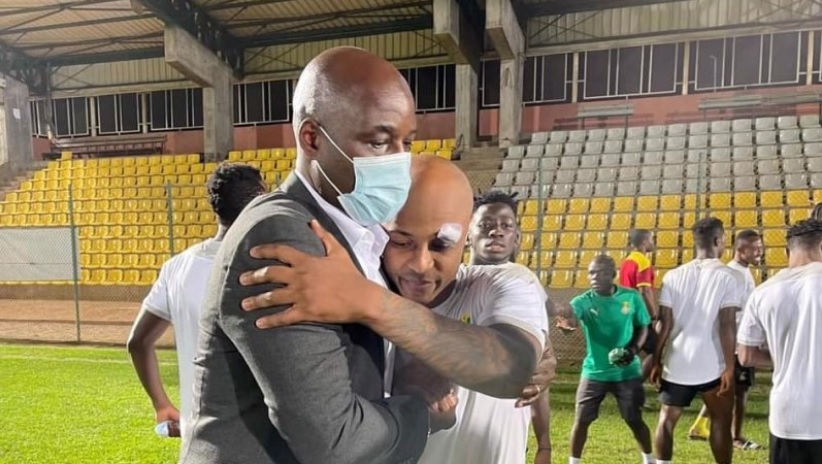 Former Black Stars player, Anthony Baffoe has charged the Black Stars to go all out to beat the Panthers of Gabon when they clash Friday night at the Stade Ahmadou Ahidjo in the second Group C Africa Cup of Nations (AFCON) ongoing in Cameroon.

The former Black Stars player, after the team’s final training session on Thursday evening, charged the players to show hunger and zeal to emerge victorious over the Panthers.

The Black Stars lost 1-0 to Morocco last Monday in the first group match and are chasing a win to revive their chances of cruising to the knockout stage.

He said, “You must show hunger, hunger to win, Aubameyang has recovered.

“I don’t know if it is Jonathan Mensah, Dziku or Daniel Amartey, I don’t care who is going to play at the Central defense.”

“From day one when you move out of the dressing room when you go into the tunnel, they must feel you. Not smiles, it’s no more joking.

“Gabon is going to fall tomorrow.”

“Sweat for the nation, sweat for the flag, sweat for the shirt, and sweat for your families.”
He urged the players to take advantage of the competition to make a name for themselves. “I know what you are made of, in African Cups, that’s where you make your name”

Ghana is at the bottom of the group with no points behind Comoros, Morocco, and Gabon.