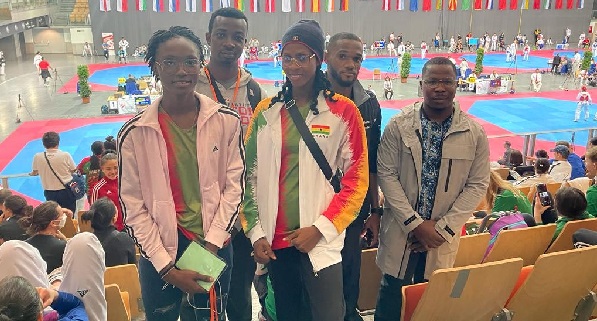 Four national taekwondo athletes have returned from Austria last Monday after participating in the 2022 Austrian Open Taekwondo Championship from May 28-29 2022.

In an interview with Graphic Online, Coach Agbozo blamed the team’s inability to win a medal on injuries and lack of acclimatization before the commencement of the competition.

He however described the experience as a learning curve for the team and said that Henrietta Armah learned a lot after losing to gold medalist Shahd Samy Elhosseiny of Egypt whom she would face at the African Championship in Rwanda and the African Games.

“Knowing how leading athletes in a division compete is critical knowledge for both coaches and their athletes and I am glad for the experience garnered.

“So many factors contributed to our inability to return home with a medal and one key reason was due to injuries,” said Coach Agbozo.

The team took the opportunity to travel to Italy for a week tactical training with Coach Charles Cromwell immediately after the Austrian championships.

The training is expected to continue in Ghana as they set their focus on the African championships in Rwanda later this month.