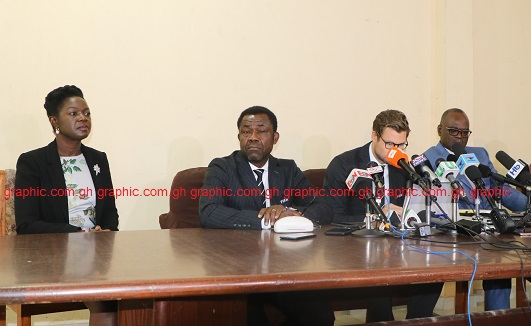 From left to right: Lucy Quist, FIFA's Director of Development for Africa and the Caribbean, Veron Mosengo-Omba, The head of governance at FIFA, Luca Nicola and Dr Kofi Amoah. Follow @Graphicgh

Amoah's appointment announced during a press briefing which delayed for over two hours on Tuesday, September 13, sees the businessman who headed the Local Organising Committee of the 2008 African Cup of Nation in Ghana his role as the interim leader of Ghanaian football.

He has headed Ghanaian football since July 4, when world football governing body, FIFA made him the leader of a two-man team to manage football in the country after a documentary which implicated high-profile Ghanaian football officials in alleged incidents of corruption.

During the briefing which delayed for hours but lasted for less than 15 minutes, FIFA's Director of Development for Africa and the Caribbean, Veron Mosengo-Omba said the Dr Amoah-led committee will have former Airtel Ghana CEO, Lucy Quist, Lawyer Dua Adonten (Former Kotoko Board member) and Naa Odofoley Nortey (a Board member of the Attorney General's Department - Legal Aid Scheme) as members. 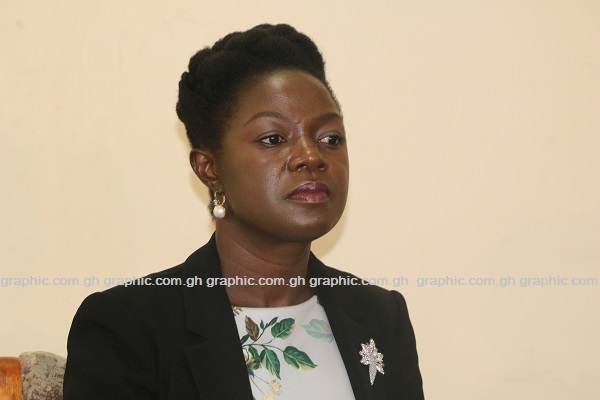 According to him, the membership of the committee was however not yet completed because some persons would be added after consultations between FIFA, CAF and the government of Ghana. 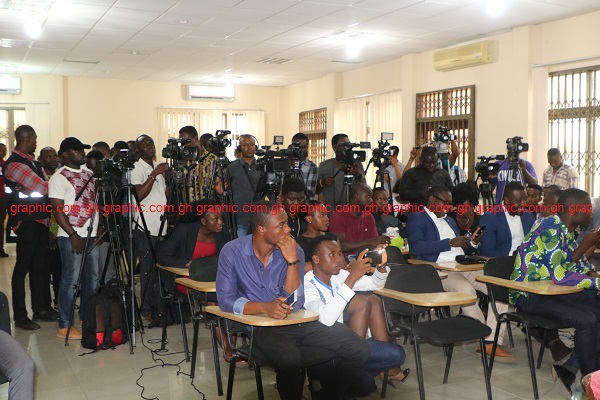 Pressmen at the press briefing

He said:"...on behalf of FIFA President, Gianni Infantino and the FIFA Secretary General, Fatma (Samoura) I would like to thank the government of Ghana for the collaboration in these issues.

"FIFA after consultation with the government of Ghana, the CAF in accordance with its statutes decided to publish the Normalisation Committee and appoint to it the following persons as members of this committee; Dr Kofi Amoah, President of this committee... Lucy Quist, Vice President of this Committee and other members we have Naa Nortey, Mr Kofi Duah Adonten, the rest of this list will be continued in due course after consultation of the government of Ghana, CAF together".

Explaining the mechanisms of the Normalisation Committee, Mr Luca Nicola, Fifa's Manager of Member Association said the four persons would begin their duties with immediate effect even before their final confirmation which depends on passing an eligibility test that will be carried out by the FIFA review Committee. 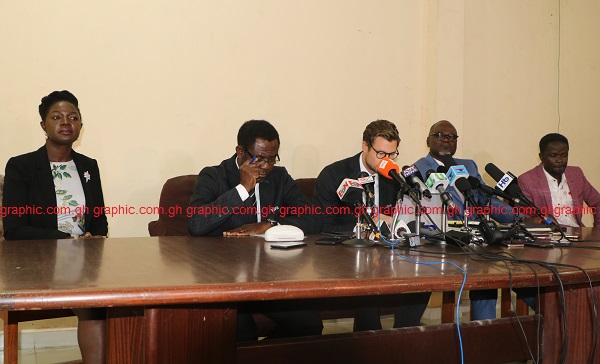 Mr Nicola said the eligibility test will be implemented in accordance with FIFA governance rules.

"...The four members will assume their functions with immediate effect, however, we need to remind you that their final confirmation remains conditional upon the successful completion of an eligibility check that will be carried out by the FIFA review committee, that's an independent committee within FIFA and this test will be carried out in accordance with the FIFA governance regulations," Mr Nicola said.

He also warned that FIFA reserves the right to revoke the rights of one or all the members of the committee for the duration of their mandate or to nominate additional persons.

He reiterated that the normalisation committee’s mandate will include tasks such as;

- To run the GFA’s daily affairs and cooperate with the special task force once it has been set up by FIFA, CAF and the Government of Ghana;

- To review the GFA statutes to ensure compliance with the requirements of FIFA and CAF, particularly art. 15 of the FIFA Statutes, and;

- Once the GFA statutes meet the requirements of FIFA and CAF, to organise and conduct elections (from which they are excluded) of a GFA executive committee on the basis of the revised GFA statutes.

Incidents leading up to and during the press briefing indicated that the GFA premises still a crime scene.

Dozens of journalists who had received invitations to attend the briefing were initially prevented from entering the GFA Secretariat by policemen in branded jackets which indicated that they were officers from the Criminal Investigations Department although some GFA staff were granted entry for the first time in 97 days to spruce up the venue. 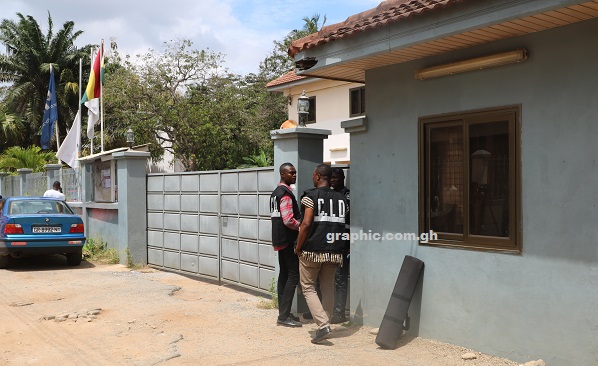 When the journalists were finally allowed entry they were warned by some of the police officers not to touch the 'crime scene tape' which still surrounds the building.

It will be recalled that in the aftermath of an explosive documentary on corruption in Ghana football, the police said the GFA premises was now “a crime scene” and inaccessible to the staff and public until further notice. 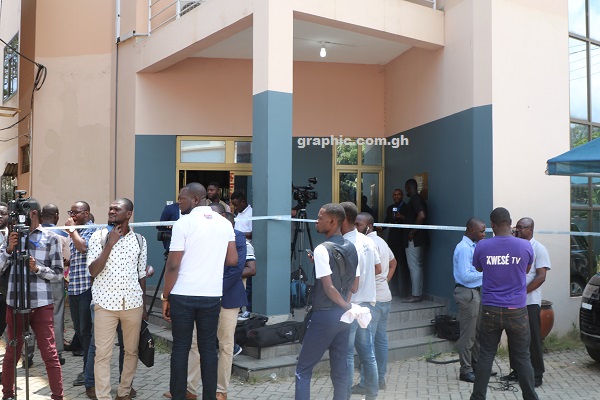 It will be recalled that the government of Ghana averted a FIFA ban after agreeing with FIFA to discontinue court processes to liquidate the Ghana Football Association (GFA).

FIFA had served notice to expel Ghana from international football by August 27 should the government continue with processes to liquidate the GFA.

The world football governing body had viewed the Government of Ghana’s action as undue interference in the administration of Ghana football and in contravention of FIFA statutes, while the government insisted that ‘widespread’ corruption and illegal acts within football administration in Ghana as exposed by undercover journalist Anas Aremeyaw Anas, needed to be eliminated and discouraged.

But a statement issued by the Information Ministry said to be jointly issued by the government of Ghana and FIFA after their meeting, acknowledged government’s satisfaction with measures agreed with FIFA to deal with corruption in football.