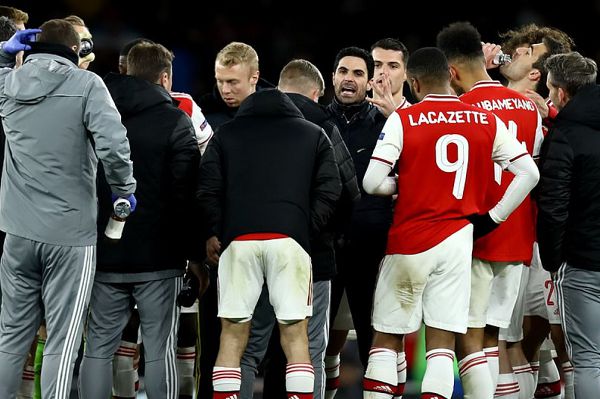 All elite football in England has been suspended until at least April 3 as a result of the spread of coronavirus.

All Premier League games, EFL fixtures and matches in the FA Women's Super League and Women's Championship have been postponed.

The country's top four leagues ratified a postponement in fixtures, including those due to take place this weekend, after Arsenal boss Mikel Arteta and Chelsea player Callum Hudson-Odoi both tested positive for the infection.

Three Leicester players are being tested and Everton's squad in self-isolation after a player reported symptoms of the virus. European football's governing body UEFA announced this morning that all next week's Champions League and Europa League ties had been postponed, while England's cricket tour of Sri Lanka was cut short.

Last night, Arteta, 37, became the first confirmed member of staff of a Premier League team to contract the disease, which was officially labelled a pandemic by the World Health Organisation on Wednesday.