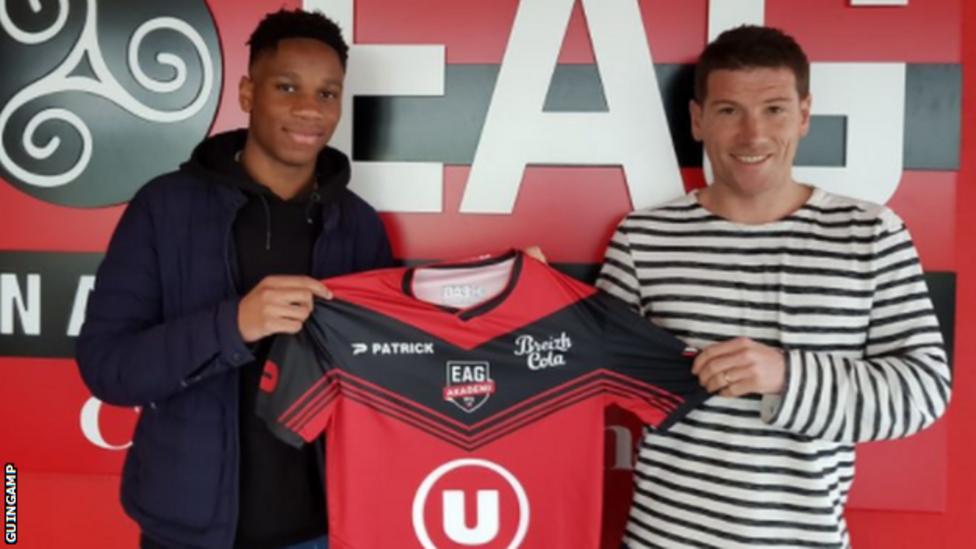 The 20-year-old forward previously had spells in the Chelsea youth set-up and with the under-19 and B teams at French side Guingamp.

Didier Drogba, 42, also played for Guingamp before joining Marseille in 2003.

He joined Chelsea a year later and went on to win four Premier League titles, four FA Cups and the Champions League.

Didier Drogba, who also won a Turkish title with Galatasaray, became the Ivory Coast's all-time top scorer before retiring in 2018.