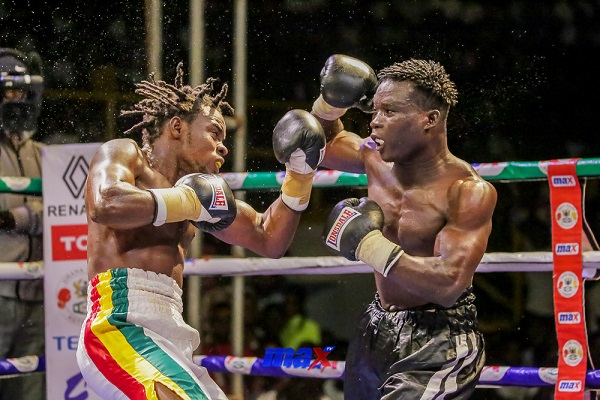 A huge crowd that watched the eighth fight night of the De-Luxy Boxing League as 11 juvenile and professional bouts produced thrillers which kept many of them on their feet at the Bukom Boxing Arena in Accra.

Juvenile encounters involving Isaac Kakraba versus Isaac Odartey Lamptey, and another between Amadu Mohammed and Wisdom Barnor, set the tone for hot exchanges beginning with a six-round light heavyweight contest between Camerounian boxer Patrick Billing and his Ghanaian opponent Nii Ashitey Larbie who won the encounter via a technical knockout after his opponent failed to rise from his stool for the fourth round.

There were more explosive fights as Beninois Pascal Adjibude Otchoun of the Seconds Out Gym clashed with his Ghanaian counterpart, Ernest Ampah of Akotoku Gym in their six-round bout. 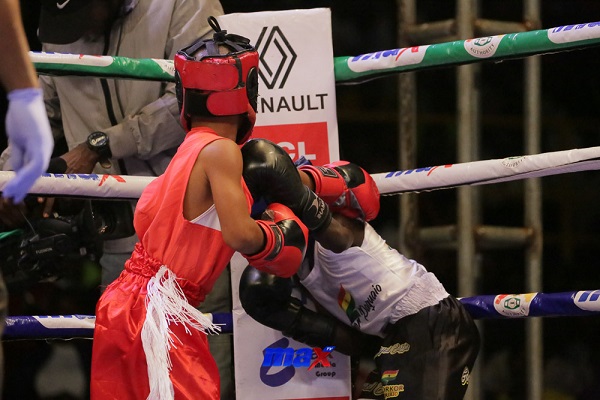 After hot exchanges in the first round, Otchoun sent his opponent crashing to the canvas in the second round after connecting a powerful right hook to the temple of the Ghanaian.

However, Ampah came alive in subsequent rounds to demand his pound of flesh. He changed his style to southpaw, landing left hooks with right jabs with Otchoun responding in equal measure. 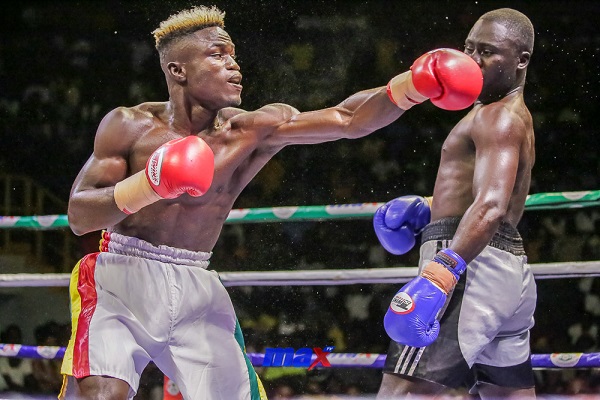 Sometey Teye of the Attoh Quarshie Gym lost a fifth round technical knockout against Benjamin Nii Saka Bulley of the Palm Spring Gym in a six-round middleweight encounter, with Jerry Klutei Robertson of The Gym scoring a second round knockout victory against Wisdom Gym's Alfred Quaye in a super bantamweight clash. 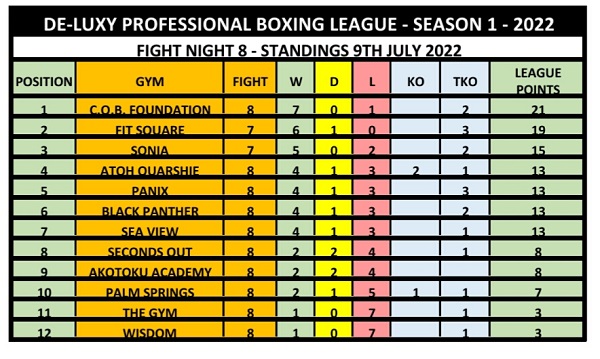