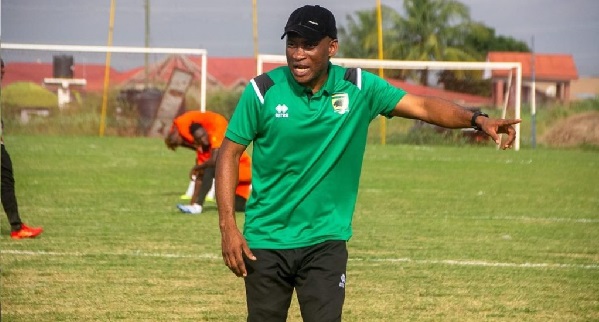 Coach of Asante Kotoko, Prosper Narteh Ogum has reportedly resigned from his post less than a month after winning the Ghana Premier League with the Kumasi-based club.

According to Oyerepa FM, Coach Ogum tendered in his resignation on Wednesday afternoon after a meeting with the technical committee of the Board and Management.

Coach Ogum’s resignation remains a surprise to many especially when the club has barely three weeks to the start of the club's pre-season activities.

According to Graphic Online sources, Coach Ogum fell out with the club’s hierarchy over transfer targets towards their CAF Champions League campaign and conditions of service.

“I am not surprised because there have been issues with transfer targets and conditions of service,” the source said.

The club have lost three of its key players namely Mudasiru Salifu, Fabio Gama and Kwame Baah at the end of their successful season.

Kotoko are expected to start preparations for the upcoming season by participating in the GHALCA off-season competition --- the G6 in Kumasi next month.